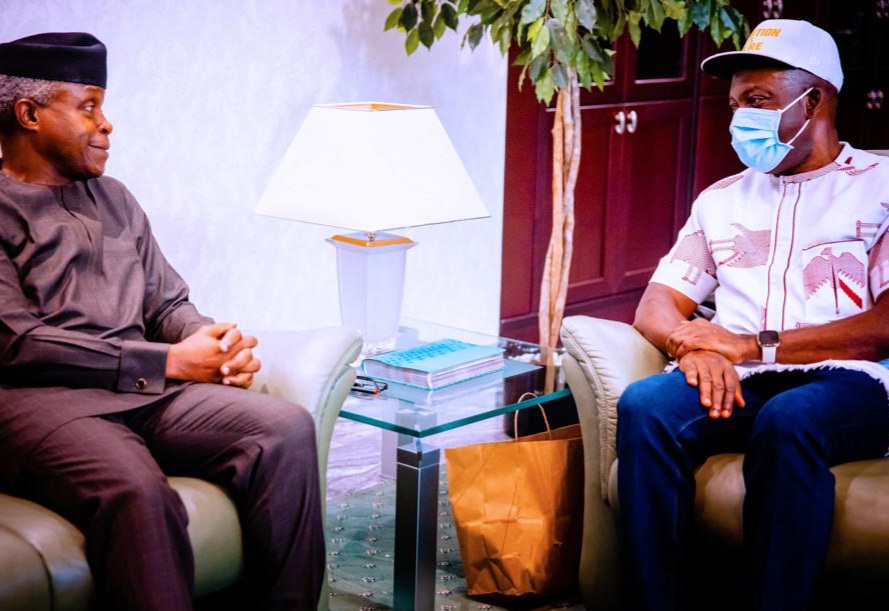 The Vice President who expressed delight on receiving the Governor of Anambra State, commended Governor Soludo for the transformational agenda he is bringing to bear in Anambra State.

The duo later entered into a closed door meeting for further private discussions.

Before leaving the Vice President’s office, Governor Soludo fielded questions from members of the press who sought to know the purpose of his visit. The Governor maintained his visit to the number two citizen was private.

The Governor also explained the security situation in Anambra, saying the State is now comparatively safer and peaceful with the security architecture being put in place. He again commended the various security agencies in the State and the people of Anambra for the cooperation and partnership in the fight against insecurity in the State.

Governor Soludo also used the occasion to speak to the press on his six months in office and the massive programmes especially in the areas of road, health, education, power and other critical sectors, that are being aggressively executed in the state, assuring that in few months time Anambra will be one big construction site for massive development!