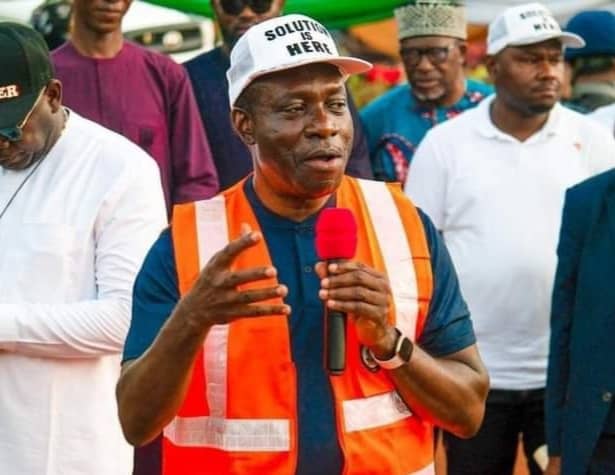 Housing which is about building development for human beings is one of the key aspects of urban regeneration and development. Housing plays a major role in achieving a master plan of any city or society. However in Anambra State, for instance, housing development has over the years been considered a threat to the environment by experts given the manner at which buildings are erected.

Some of these challenges which include environmental degradation have made Governor Chukwuma Soludo to prioritize housing development in his Livable and Prosperous Anambra agenda. Housing development is at the heart of this agenda to make Anambra State a smart mega city.

Recently, Anambra State Government began demolition of some structures built on waterways around Onitsha in line with the agenda to reclaim the environment. Many of such buildings had contributed to erosion menace facing the state. Today, Anambra takes a high rank as one of the erosion prone states in Nigeria and this has become a great concern to the Governor given the threat it poses not just to the environment but to life and economy of the state.

Anambra is the second smallest state in Nigeria by land mass but is getting smaller by the day due to erosion menace and the effort by the state government is to cub the situation. This growing environmental threat has made checking housing development inevitable by Governor Soludo through the new housing policy. The Governor is particular about housing development, how best to get it done for the purpose to be achieved, which is providing comfort and relaxation.

Away from construction of roads, bridges, other infrastructures, human capital development, security, agricultural development among other obligations of the government, making the environment conducive for development is also paramount. Housing development as one key sector in any developing society is at the heart of building a livable and prosperous Anambra State which is the core agenda of Governor Soludo’s led administration.

What is it about housing development that we need to know as ndi Anambra? They are all contained in the new Anambra State Housing Development Policy which the Anambra State Housing Commissioner, Honourable Paully Onyeka has been announcing daily. First is that no building should occupy more than 65 percent of the total compound. Secondly, there must be a green veggie, trees and flowers planted within and around the compound, at least two trees.

To cub erosion menace facing the state, piping water out from the compound to the road or bush is prohibited and considered an environmental crime with serious penalty. For estates, they should be planned in such a way that movements within the them should be easy and general buildings such as hospital, schools, shopping malls, churches, etc should be centralized. No house should be built on waterways to avoid flooding.

Developers are also advised to always go through the Anambra State Physical Planning Board for proper approval and Awka Capital Territory Development Authority, for areas within the capital territory. Let us join hands to save our environment. Indeed, a Livable and Prosperous Smart Anambra State is possible if we are law abiding. The Solution is truly here with us and we have to play our part in building a new Anambra State.