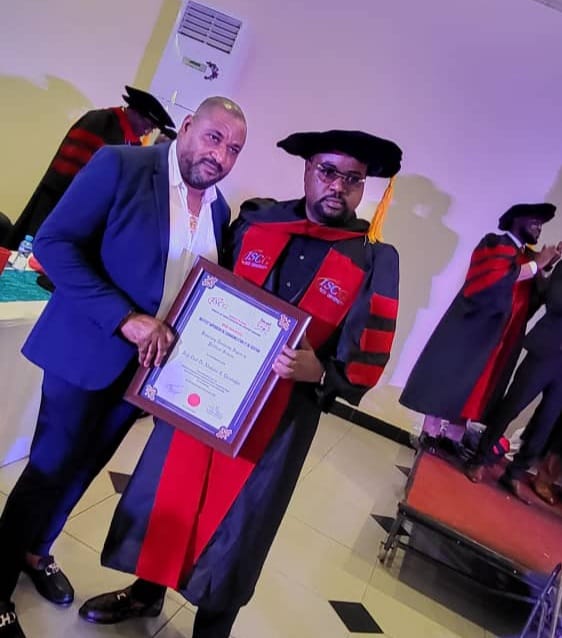 The university said in its nomination letter that the Honorary Doctorate Degree was conferred to High Chief Ndubuisi based on his philanthropic gestures and fight for the underprivileged in the society.

The letter further stated that he was singled out as a proponent of national development, humanitarianism and transformational leadership as well as being a firm believer in selfless service to humanity.

“You have been identified as a true defender of what is best for the people and has been confirmed by opinion molders across the country as a beacon of hope for the underprivileged in the society,” the letter stated.

In his acceptance speech, High Chief Ndubuisi thanked the University for the Recognition and promised to continue in the trajectory that earned him the Honorary Doctorate Degree in faraway Benin Republic. He charged other well to do Nigerians to see how they could be of help in providing solutions to some of the societal problems plaguing the country,adding that there was no way government would be able to do everything with scarce resources.

High Chief (Dr.) Christopher Ndubuisi (Ikenga Umuawulu), a business mogul, is a federal government contractor, a real estate developer, a hospitality icon and a philanthropist from Anambra state. His career as a businessman spans over two decades. He is the chairman/CEO of Pinnatech Group with vast interest in sectors which include ICT, Real Estate, Construction and Infrastructural development, civil engineering and hospitality. His passion for development of his community, Umuawulu and other places in Nigeria has brought so many developmental projects to these communities including Civic Hall, Health Centers, roads, classrooms, boreholes, etc.