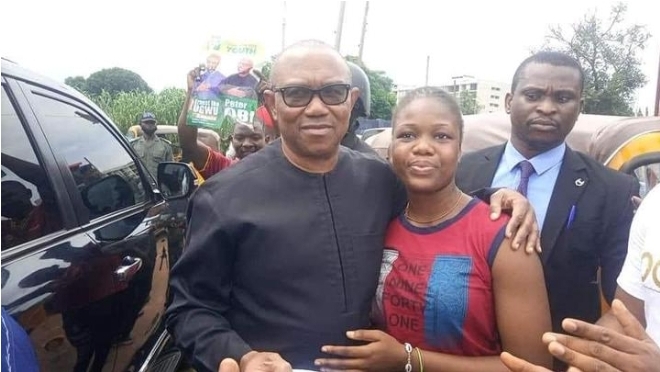 The 19-year-old girl, Covenant Onyebuchi, gave her savings to the Peter Obi campaign for a reason that was revealed by her father, Mr. Denis Onyebuchi.

When the Labor Party presidential candidate visited Enugu on Tuesday, the girl caused quite a sensation when she gave him an undisclosed sum of money.

He said: “My daughter has been saving the money and when I enquired from her why she was saving, she told me that she received divine instruction to give the money to any good and humble man.

“A good and humble man who will be committed to affecting her future positively.

“Covenant is very humble; very prayerful and a committed Christian.

“So, when she heard that Peter Obi was in the neighborhood, for an interview at the Urban Radio around our house, she told me she was going to give Obi the money.

“And before I moved to join her, she was already on her way to meet Obi.”