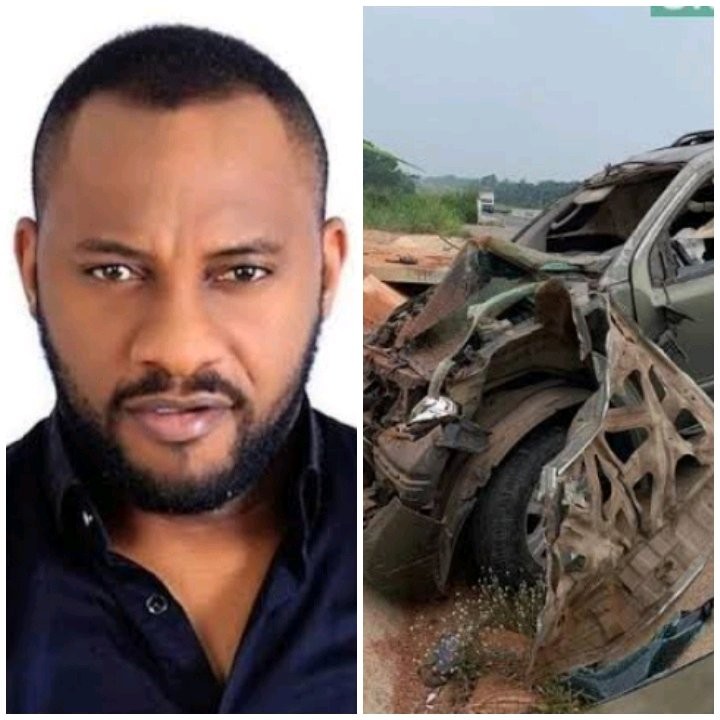 Yul Edochie, a well-known actor in Nollywood, is said to have been involved in a terrible car accident, ANAMBRA PEOPLE reports.

The actor took to his official Facebook page to share a video of himself in the location of the accident.

According to him, it was an accident that someone would hardly survive. He thanked God for giving him another wonderful opportunity to live.

In response to this, many of his fans and followers have taken to the comment section to thank God on his behalf.

From the video he posted, his car was beyond recognition and repair. Many people gathered around the location of the accident to assist him where they could.

Yul Edochie has been in the news lately for so many reasons. Today, he just survived a terrible accident that would have claimed his life.