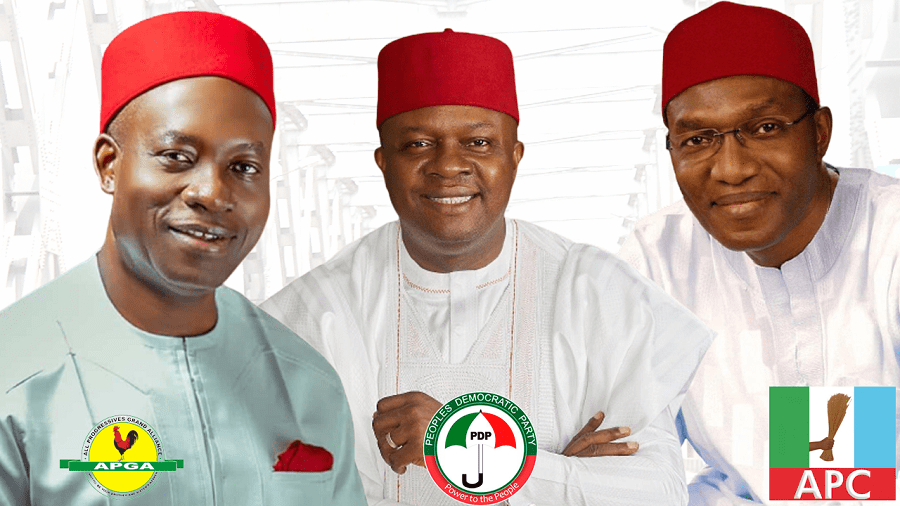 Ambassador Mrs. Uche Ajulu-Okeke was a consummate professional, veteran diplomat and Development Studies expert in the Ministry of Foreign Affairs. Born in Amichi to the ruling Ume-Ezeoke royal family, she holds four graduate degrees from both Nigerian and foreign universities. Ambassador Ajulu – Okeke retired in 2017 as Nigeria’s first female ambassador Consul General to South Africa. Here, she talks about her struggle for good governance and more. Excerpts:

YOU ARE A VERY STRONG VOICE IN THE SUPPORT FOR GOOD GOVERNANCE IN IGBO LAND. WHAT DRIVES YOU?

Having seen first-hand the deprivation and dehumanization Ndi Igbo have had to undergo in their quest for a decent livelihood, one cannot but advocate for good governance. After surviving the psychology of post-civil war defeat and recovering from the shock of abandoned property, exclusion from the benefits and fall-outs of the indigenization policy, state sponsored institutional marginalization and exclusion, and genocide at the hands of the Nigerian State, Ndi Igbo moved in droves to the diaspora where they have excelled beyond measure.

The ageing and successful Igbo diaspora want to return home and seek good governance. They have lived in healthier climes where they have thrived and proved their worth to the world at large. It is no crime to seek excellence, to be industrious and hard working. We deserve a homeland where we are decently governed. It is not too much to ask.

THERE IS A CLAMOUR FOR THE GOVERNORSHIP OF ANAMBRA TO BE ZONED TO A PARTICULAR AREA IN THE STATE. WHAT IS YOUR OPINION ABOUT THAT?

He who comes to the altar of equity must come with clean hands. We cannot clamor and protest marginalization in the larger Nigerian polity and not practice it ourselves.

That would be tantamount to double standards. So, it is only fair that the next governor of Anambra State comes from the South Senatorial District and a local government that is yet to produce a governor.

As it is now, only four local governments, namely Ekwusigo, Nnewi South, Orumba North and Orumba South have not produced a governor in the South Senatorial Zone. Within the South Senatorial Zone, Ekwusigo and Nnewi South are contiguous to local governments that produced governors in our recent history, leaving Orumba North and South in the lurch. Every effort should therefore be made to bring into the fold our brethren in the outer flanks of the state. It is therefore good for Orumba North and Orumba South to be availed the opportunity to produce the next governor. It does not make any sense for us to accuse other parts of the country of marginalization only for us to come back home to practice same. The zoning formula promotes equity and fair play, eschews monopoly and promotes a sense of belonging and inclusion.

WHAT KIND OF LEADER DO YOU THINK THE PEOPLE OF ANAMBRA SHOULD VOTE FOR IN 2021?

They should vote for a humane, accessible and transparent leader who abhors sycophancy and promotes accountability. The people do not want a leader who deceives the clergy and ridicules the things of God. Ndi Anambra do not want a leader who has overwhelming spurious debts and is beholden to godfathers in the hope of repayment with scarce state resources or leaders who went to school but no one knows who their teachers or classmates were.

WHAT SECTOR OF THE ECONOMY DO YOU THINK THE NEXT GOVERNMENT SHOULD FOCUS ON THE MOST?

It is infrastructure. Development of the Ogwu-ikpele Deep River Port, establishment of the Anambra Power Authority (APA) and embark on a proactive drive for the State to have sustained zero outage in electricity. Also, the development of light rail for intercity haulage and mass movement of goods and services, and save our erosion prone roads.

THE INFLUENCE OF NIGERIANS IN DIASPORA ON WHO BECOMES THE NEXT GOVERNOR OF ANAMBRA STATE IS INCREASING BY THE DAY. WHY DO YOU THINK THIS IS HAPPENING NOW?

This is the 21st century. This is not 19-kilidim. Anambra has the greatest intellectual resource in the country across all sectors of the economy, disciplines and in all aspects of human endeavor.

Ndi Anambra in diaspora know that leaders are there to serve. They know that genuine leaders as in the various climes across the world where they are found work to serve their electorate and do not lord it over them. They realise that they are servants of the people and so act as such. In addition to leveraging a leader with modesty and decorum, Ndi Anambra in diaspora want a leader with the requisite education and qualities deserving of their respect who will have the wherewithal to understand the intricacies of government devoid of the third world cankerworms of government such as corruption and unbridled self-indulgence.

Anambra has never had a diaspora leader. What we have had are persons who relocated abroad after their retirement from their various careers in Nigeria. Our leaders before now have never lived, worked, or achieved career excellence abroad. The time is ripe for such.

WHAT ARE YOUR ASPIRATIONS FOR WOMEN AND YOUTH IN THE STATE?

They are critical stakeholders in governance. A major reason why we have governance failure in Nigeria can be ascribed to a marked absence of this critical resource in the corridors of power in this our contraption of a country.

We have all seen the end SARS protest which is a fallout of youth marginalisation by successive dispensations in the country. With a populace between ages 14 to 34 forming 44% of the entire population, what does the future hold?
The role of women also cannot be underscored. They are calmer and widely known to make very good leaders. Unfortunately, in Nigeria, government has not leveraged on this critical resource.

In Anambra State, the next governor should consider giving those in diaspora, women, and youth a big role in government. We are tired of recycled hands. We need new wine in new bottles.