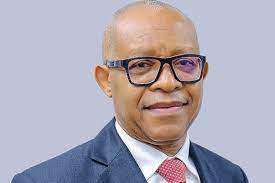 The drugs were received at those various places by the officers incharge of the Health facilities .Medical experts on ground named the drugs to include Azithromycin for wide variety of bacterial infections; Tamsulosi used to treat men who have symptoms of enlarged prostrate gland; Simvastatin used to treat high cholesterol and Triglyceride(fat) levels in the Blood.

Others are Omeprazole for delayed- release capsule which reduces the amount of acid in stomach, according to the medical experts; Atorvastatin Calcium that lowers ‘bad’ cholesterol and fats, as well as raises ‘good’ cholesterol in the blood and Hand Sanitizers used to kill many viruses, bacteria and micro organisms on the hands.

The drugs were to be administered free of charge, according to the foundation.
Receiving their own drugs consignment at the Iyienu Mission Hospital, Ogidi, the Hospital administrator, Rev Canon Okwuchukwu, commended the Sir Emeka Okwuosa Foundation for what he described as giant strides in humanitarian services, adding that the foundation’s programmes and projects had continued to touch millions of lives across the nation.
He revealed that the parents and grand parents of Engr Okwuosa were born at the Iyienu Mission Hospital and assured that the drugs would be put to good use to enable many people boost their health status .

The foundation working in partnership with its United States of America counterparts had earlier distributed drugs to all the primary health care centres in Oraifite and Ozubulu communities.

Meanwhile, the coordinator of the drugs distribution, Sir Osaeloka Offor disclosed that the state-of-the-art specialist hospital built by the foundation at Oraifite in memory of Dame Irene Okwuosa, mother of Engr Okwuosa would be commissioned in a couple of weeks at Oraifite