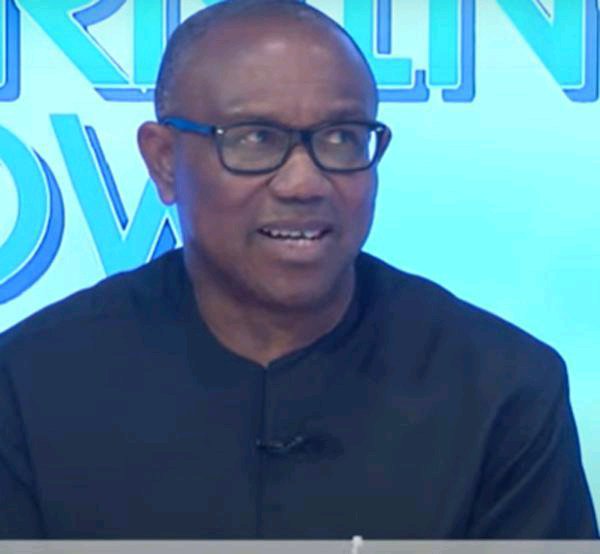 …too much public fund being wasted.

Governor of Anambra State 2003 to 2011 and the 2019 Vice Presidential Candidate of the Peoples Democratic Party, PDP, Mr Peter Obi, has reiterated his popular thesis that the Nigerian State as will go nowhere in development until it finds solutions the wastage of public funds and the high cost of governance at all levels.

Obi told Participants of Course 4 of the Strategic Management and Policy Course articipants of Course, at tge Nigerian Army Resource Centre in Abuja. He told his audience, comprising retired Generals and serving top brass officers from the Army, various security agencies and paramilitary organizations growth and progress will not happen in Nigeria, for as long as we maintain the quantum of wastes in public service.

He said that Nigerian leaders must strive to create public wealth, rather than focus on accumulating private wealth whwn in office. “Public wealth enriches everybody, but private wealth impoverishes the people and the nation” he said.

According to Obi, the core of Nigeria’s challenges is leadership. He stressed that until our leaders commit to good governance and responsible management of public resources, the right policies will not be put in place to serve public good.

Earlier in the programme the Director General of the NARC Maj Gen Garba Wahab rtd.) welcomed Obi to the Centre dor third year in a row, to address Participants on leadership and strategic management issues. He explained the goals of NARC, as well as the Centre’s reason for occasionally bringing in The Town to interact with Course Participants.

It was immediately after Obi was introduced by the Lead Faculty for the Strategic Management and Policy Course, Dr Okey Ikechukwu, mni, that Obi who held his audience spellbound with his experiences as governor and how he managed to get the resources he used in achieving the much he did, saying: “Whether we agree or not, failure of leadership is taking a huge toll on us as a nation and it could be worse if we do not put the right and committed people incharge of the affairs of critical sectors. Education, health and provision of basic infrastructure were my main goals and I was able to record success because we planned our programs using a universally certified development formula.

Obi described as criminal owing pensioners and going about wasting money on useless social projects stressing that “owing people at the most difficult times when the opportunities are less is the worse thing to do to them.

He reiterated his repeated public observation that borrowing is not bad in itself when it is for production. But that is becomes bad when it’s for consumption; which is another way of mortgaging the future of the country.

On revenue generation, Obi said that expecting to generate more revenue without doing much to improve on the people’s lives is like expecting to withdraw more money in an account you have not been depositing on. He pointed out that less than 40, out of the eligible 120 million Nigerians gainfully employed. Even then, the few working Nigerians are over taxed.

The Dircetor General, in concluding, thanked Obi for always being ever ready to share his thoughts and experiences with the Centre, in the latter’s endeavour to fulfill its mandate of developing high calibre human capital for strategic leadership, national security and holistic national development.