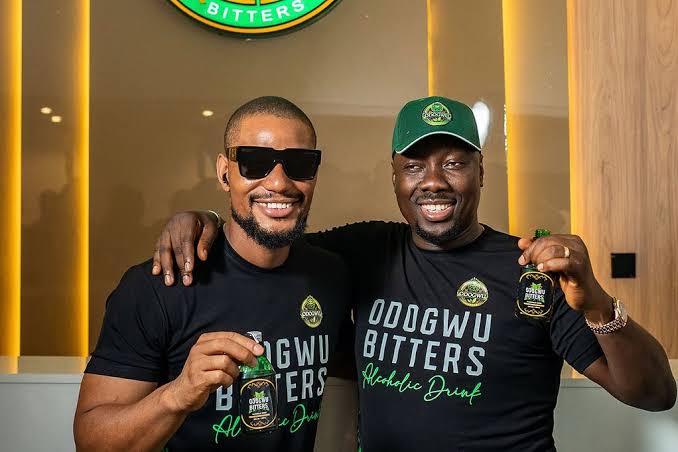 Iyiegbu, popularly known as Obi Cubana, disclosed this during a media chat in Lagos, where he also said that about N20billion would be invested in the company within the next two years.

According to him, the company would also create tens of thousands of indirect jobs through local sourcing of raw materials, haulage and packaging.

The CEO said, “The project is funded by Fidelity Bank. For the first phase, N2billion was approved. But we are looking at injecting additional N20billion into the business within the next 24 months.”

Iyiegbu, who has already made a name in the hospitality industry and real estate, said he decided to go into bitters production to bridge the gap in the industry.
What we want to achieve with Odogwu Bitters is to luxuriate bitters. Bitters is usually consumed by those in the lower stratum of the societal ladder. But we want to change that, we want to improve the quality of bitters so much that those in the upper echelon of the society will desire it. We deploy high quality technology to blend it and we have even added some other ingredients such as honey and ginger to improve its quality, yet the price is at par with others in the market.”

Speaking on the impact of the new product on the economy, Iyiegbu said the new product would add to the country’s Gross Domestic Product (GDP) and also generate foreign exchange.

“Our marketing strategy is such that Odogwu Bitters will be sold in major countries of the world. Already, we are making plans to sell it in the USA, United Kingdom, South Africa and other countries. I assure you, white people will take Odogwu. And that means foreign exchange earnings for the country. So, apart from creating employment opportunities locally and empowering critical sectors of the economy, we will also generate forex for the country.”

Iyiegbu, who appeared astonished at the acceptance rate of the product, said plans were in overdrive to increase production capacity to meet demand.

“The current capacity of our factory is 200,000 cartons a month. Our first production was 100,000 cartons. But to my amazement, these were exhausted in less than 48 hours. So, we have already started making plans to increase our production capacity. We are looking at doing 1million cartons in a month. That means increasing our current capacity five times. Now, we have about 300 employees. By the time our new factory comes on stream, we will have no fewer than 5,000 employees.”

20 thoughts on “WE INTEND TO CREATE 5,000 JOBS WITH ODOGWU BITTERS- OBI CUBANA”