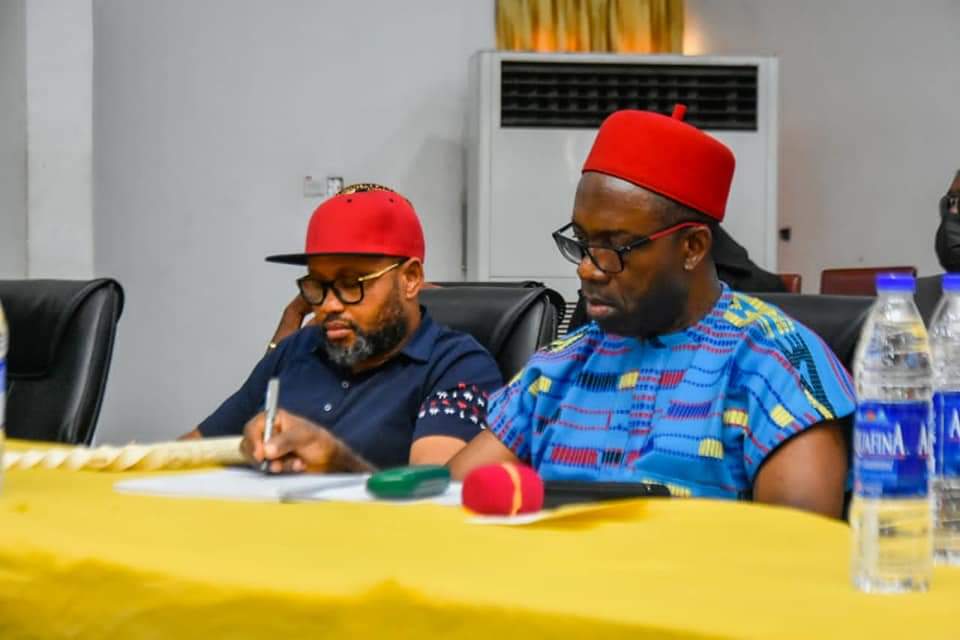 There have been mixed reactions as the new governor of Anambra State, Prof. Charles Soludo gave instruction to civil servants and market leaders to shun the SIT-AT-HOME order every Monday and resume work and business in earnest. The governor had during his inaugural address hinted that Anambra losses a whopping sum of ₦19.6 Billion every Monday the Sit-At-Home was observed by civil servants and traders and expressed worry that the South East economy is on the verge of collapse if the trend continues. But some people have reacted to the directive by Prof. Soludo, according to Simon Ekpa, an aide to the leader of the Indigenous People of Biafra (IPOB), Nnamdi Kanu, he said on his twitter handle “Soludo, the beginning of your downfall is when you think you can fool Biafrans. Stay clear from the sit-at-home otherwise you will regret your governorship. The sit-at-home and other civil disobedience must continue until Mazi Nnamdi Kanu is released and Biafra is on the table for discussion”.
To Mr. Dabawu, “Who gave him (Soludo) this inhuman advice? So he wants our civil servants especially those not domiciled in the town or community they work to risk their lives? How on earth does he want those living outside the town they work to go to work on Mondays when the IPOB sit at home is still on course. Honestly whoever gave Gov. Soludo this advice does not mean well for him and for him to take such advice is very unfortunate and inhuman. The blood of any Anambra civil servant that may lose his/her life trying to obey this latest directive should be in Gov. Soludo’s hands”.

According to one Barnaby, “Prof, you need sound political advice from people like us who can afford to tell you the raw truth and nothing but the truth. The direction you are going now will become counter-productive because human lives are at stake here. During your inauguration, you spoke about “tripartite discussion” and I think that is the way out of this quagmire not executive grandstanding like this order you just made now”.

But Mr. Joe Igbokwe, Special Adviser to Lagos state governor on drainage and sworn IPOB critic differed from opinions expressed above and noted that Soludo’s move was a step in the right direction and urged Ndi Igbo to pray for him. He stated “May God help governor Soludo to succeed. Criminals and bandits have destroyed Igbo land, bloodied and polluted South East, they are crushing our economy with reckless abandon and have made Igbo land a region of anything goes”.

Supporting Joe Igbokwe, Franklin Chukwuma added that “from the look of things, one can understand that Professor Charles Soludo is the prayer answered governor of Anambra State and entire South East region, we believe he will fish out criminals and restore the land, thanks a lot dear governor”.

Nobody knows how far Soludo will go with this directive but we hope this turns out well for Ndi Anambra and by extension, the South Eastern region of the country which has continued to experience insecurity in very big dimension in the last one year.