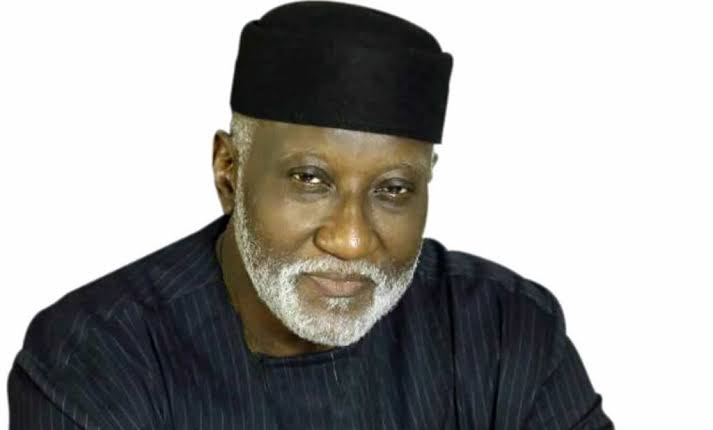 The sandglass is a befitting metaphor for Gov. Willie Obiano’s eight years governance of Anambra State. By depiction, the sandglass is perceptibly colourful and efficient, yet a crude, coarse and fragile time-keeping instrument. Obiano’s government mimicked those traits. Despite Obiano’s governance disambiguation, and effective masking of frivolities with social media flourish, the only variable that mattered was time. In the fullness of time and by constitutional dictate, time ran out for Obiano. His sandglass came crashing, proving the transient nature of power and Plato’s contention that “The measure of a man is what he does with power.” Predictably, some trenchant apologists for Obiano’s government, whose unbridled tongues chanted “Willie is Working,” were among the first to chant “good riddance.”

I’m averse to gloating over another’s misfortunes. But on this particular issue, I was and remain an interested party. Anambra is my home state; and I’m invested in her well-being. I served and live I Anambra by choice. Undoubtedly, Obiano misruled Anambra. Terrible decisions were made, but he did so with the help of some enablers- APGA apparatchiks, some Anambra political elite, clergy, traditional rulers, sycophants, etc. As Obiano’s governance process unfolded, there were discernible movements without telling progress, as State resources were symmetrically siphoned from one spectrum to the other; from public to private coffers. Lamentably, when Anambra was being badly misgoverned those who should have spoken up, failed to speak truth to power or tell Gov. Obiano the inconvenient truth, lest they lose access to power or their munificent largess deriving therefrom. These people obviously were not attuned to Martin Luther King’s admonishment that the, “Ultimate measure of a man is not where he stands in moments of comfort and convenience, but where he stands in times of challenge and controversy.”

When I left the Obiano Government on 8 June, 2015, I knew that his 15-month old government was a derailing. The telltale signs were obvious. Impeachable acts combined freely with grand larceny. In the latter part of 2016, I made public my intentions to challenge Obiano for the governorship. On 20th December 2016, Obiano through a Catholic priest close to him offered an interlocutor a mind-boggling sum to get me to stand down. The offer was rejected. My position: Anambra was not for sale; and certainly was not Obiano’s to sell.

Since I separated from the Anambra government in 2015, even though I live in Awka, I have entered the Governor’s Lodge only once, for a one-on-one meeting with Governor Obiano, at 11am on 17 January 2017. At that meeting, I told Gov. Obiano why I was challenging him. The reasons were threefold: First, to protect the Anambra North mandate, which he held in trust. Second, to impress on him, that honest assessments of his first term rated him very poorly. And third, to forewarn him that absent immediate remedial measures, he and his spouse would likely to end up in the EFCC dragnet. Gov. Obiano did not seem to understand the import of the visit. After all, we were schoolmates and also friends. Neither did he grasp my felt obligation to rescue him and Anambra. He asked if there was still anything he could do to dissuade me from running. I said there was nothing. He then boasted that he will be re-elected, “even if it means emptying the Anambra Treasury.” I was shocked. However, I made him a promise: “I will not personally attack you during the campaign. Neither will my staff. Also, if you win re-election, I will not publicly comment on activities of your government for good or for bad.” On that note we parted company. He was re-elected. I kept my promise.

Ever since, till this day, the only other time we directly engaged each other, besides occasional perfunctory exchange of pleasantries at functions, was during the governorship debate on 17 November 2017. During that debate, when I said the Obiano government was the “most fiscally reckless” in Anambra State’s history, it was no hyperbole. Obiano inherited over N75 billion, earned N2 Trillion in revenue, but left Anambra State an estimated N400 million in cash reserve and N109 billion in debts, plus other contingent liabilities.

A leader is as good as his advisers. Simply, Obiano amassed a coterie of bad advisers – formal and informal. They had his ears; and the King’s ear is a powerful instrument. So he held incessant court and they pandered to his ego and proclivities. Several of his earliest advisers could not have passed rigorous security background checks, given their respective erstwhile roles in the financial sector. Some of his loyalists contrived paper contracts, projects and bogus certificates as conduits for fleecing Anambra State. The Local Government Joint Account was the most bastardized. Checks and balances were farfetched between and betwixt. But for an airport, conference centre and three flyovers, Obiano and his cohorts in eight years squandered Anambra State’s wealth and legacy. They sold off the state’s fiscal and real estate assets and abandoned many projects.

The unprecedented fate that has befallen the Obianos since leaving office is saddening and calls for empathy. It was all avoidable. But most of Obiano’s kinsmen and minders would not think otherwise. Most knew little or nothing about good governance, and nepotism and groupthink mentality rendered them unresponsive to good governance tutelage or due process. Those who spoke truth to power became traducers – whilst liars, cheats and scofflaws held sway over policy, programmes and project decisions and willfully hijacked the State’s internally generated revenue and fiscal instruments. Under Obiano’s watch various communities were put asunder via meddlesome executive fiats. State security was achieved at extraordinary costs.

I don’t know if history will be kind to Gov. Obiano or as unkind as it has been to Gov. Chinwoke Mbadinuju. But I’m conscious that the enormity of fate that has befallen Anambra will unfurl slowly. While the visible, broken and decrepit infrastructures are evident; the moral and fiscal rut are more insidious. A popular Anambra State Catholic priest once asked me in a closed door meeting, why I always sounded angry when I spoke about Obiano’s government failings. I told him it was nothing personal, but that if he knew what I knew about Obiano’s degenerate governance modalities, he would also be justifiably angry. That collective anger is already manifesting.

I am as guilty as every other Anambra person who helped to elect Obiano governor. I voted for him in 2014, because like him, I am from Anambra North. But those who contributed to his 2017 re-election and thus sustained his shambolic governance should admit their role. While Obiano will inevitably bear the brunt of the criticisms for his government, he is not entirely responsible for all the governance mishaps. What he cannot escape is the vicarious and command responsibility for what happened on his watch. The upshot is that Obiano was an incidental leader thrown up by the vagaries of Anambra partisan politics. He was not ready for leadership, and his official and personal demeanors were fraught with leadership hubris. During his second term, the ceremony of innocence was drowned (apologies to Yates). That is passé. But as deep as the unfolding ironies are, so too are the deeply painful lessons learned, and missed opportunities.

Anambra has a new government. A successor is in place. Now, Anambra’s arrested development needs to be fixed. Her governance tasks will be doubly difficult, considering how badly broken Anambra is. We can only offer our collective prayers that those elected and appointed to officialdom in Anambra, will henceforth put Anambra’s interests above personal, sectarian, clan and other primordial interests.

Obaze was Secretary to the Government of Anambra from 2012 to 2015; and PDP 2017 Governorship Candidate.