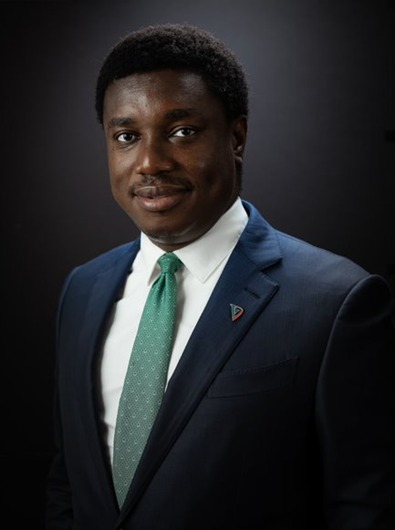 Nonso Okpala is the Group Managing Director/CEO of VFD Group Plc, a proprietary investment company with holdings in banking, technology, real estate, and hospitality. Currently, the company has investments in over 40 companies. Nonso also founded The Chude & Ego Foundation. He discusses his business experience as well as steps Anambra can take to sustain economic growth.

DO YOU THINK ANAMBRA HAS DONE WELL SO FAR?
I believe we have performed admirably as a people. The problem with such assessments is that there is always more to be done. Anambra people have accomplished a great deal around the world.
A lot more can be done on a community level. Individuals can easily distinguish themselves, depending on their God-given talent and environment. The challenge, however, is to create a community that is measured not by individuals but by the collective well-being of a people.
Anambra has also benefited from strong leadership. You will notice that we have had visionary leaders ranging from Ngige to Peter Obi. A lot was accomplished during their reign. Communities benefited from this, but, as I previously stated, we can do better.

WHAT DO YOU THINK HAS CONTRIBUTED TO THE STATE’S COLLECTIVE SUCCESS OVER TIME?

It’s difficult to say because, when compared to other states, Anambra has a disproportionate number of successful people. That means something went very well, which resulted in that outcome. It is simple to find a hundred people who have distinguished themselves when discussing the 100 achievers project in Anambra. However, in some other states, this may be difficult.

If you look at Nnamdi Azikiwe and Chuba Okadigbo, who made a name for themselves in politics, you could argue that the country’s political development at the time rubbed off on them. It most likely served as a foundation for other developments in the state.
Onitsha, a commercial nerve center that has attained cosmopolitan status, is another option. This could have provided the necessary resources for human development, resulting in more schools. There were more missionary schools and hospitals in those areas. When you talk about a community’s resource enhancement, you’re talking about the opportunities that people find around them. If those institutions or businesses are located in such communities, the people will undoubtedly benefit.
So, I believe there is an influence from the founding fathers’ opportunities, as well as commercial activities in the geographical space we now call Anambra.

IN WHAT AREAS DO YOU THINK IMPROVEMENT IS NEEDED?
The first step is to sort out Anambra’s leadership, which is critical to the development of a successful community. If we get the political leadership in all levels of government right, the foundation will most likely be solid.

The next step is to capitalize on the individual wealth and talent that exists within that space. There are numerous billionaires from the state, as well as accomplished academics, musicians, and scholars. So, how do we access this pool of human and capital resources?

The third question will be how to institutionalize businesses so that they do not die with their founders. By doing so, we preserve wealth and all of the opportunities that come with the existence of such businesses. We need to know how to educate the founders on the management structure that will help the company survive even after they are gone. If we achieve that, we will have accomplished what most Western countries have done by encouraging corporate growth within their borders. Finally, the companies contribute to the expansion of opportunities in those areas. I believe we have squandered many opportunities by attempting to replicate some of the successes begun during the lives of some remarkable founders. There should be a concerted effort to improve educational quality, because the benefits of high-quality education cannot be overstated.

AS A LEADER, WHAT ARE THE CARDINAL PRINCIPLES THAT GUIDE YOUR EVERYDAY DECISIONS?
They are numerous, but I will focus on one in particular: fairness. From a business standpoint, this is the foundation for governance, a strategy I take seriously. Governance, to a large extent, provides the necessary boost for a great company.
A company has many stakeholders, so fairness provides the necessary support for these stakeholders to contribute to the creation of a great company. So, in dealing with employees, shareholders, and co-founders, I try to be as fair as possible. That is the most important principle with which I work.

IN YOUR OPINION, WHAT IS THE ROLE OF MENTORSHIP IN LEADERSHIP?
Mentorship, in my opinion, is extremely important. If you ever go under a tree to pick a fruit, chances are the person who planted the tree is no longer alive, and you were most likely not born when the tree was planted. Second, if you have the opportunity to stand on someone else’s shoulders, you will discover that your horizon is greatly expanded. You may have a lot of zeal and energy as a young person, but one thing you will definitely lack is experience. It is always beneficial to be guided by someone who has previously walked that path, someone who has made those mistakes.
Observing an achiever closely teaches you that no matter what flaws you have, you can overcome them and go on to achieve greater things.
Last but not least, everyone needs to be encouraged and supported. The more help you get, the better your chances of success. Mentorship, in a nutshell, is critical.

HOW HAVE YOU HANDLED FAILURE?
I’ve failed several times. They say that a man who has never failed has never done anything. I’ll admit that I fail every day. But the most important thing is how you deal with failure and avoid it by learning from the mistakes of others. Even if you don’t fail, you live in constant fear of failing, which has its own benefit in that you learn all the time. You are constantly learning from your mistakes.

HOW DO YOU HANDLE PRESSURE AS A GROUP CEO OF VFD CONGLOMERATE?
When I left my full-time job in 2016 to focus on VFD Group, I was under intense pressure and nearly broke. I was starting something I was passionate about, but because the odds were stacked against me, what I could normally do became difficult. I had to accept that failure is unavoidable and learn to use my fears to my advantage in order to avoid it.

VFD GROUP HAS DONE WELL UNDER YOUR LEADERSHIP. WHAT DO YOU THINK YOUNG PEOPLE CAN LEARN FROM YOUR JOURNEY?
One thing I often tell young people is that they should dare to dream and take steps to make those dreams a reality. So dream and act, and the universe will undoubtedly work in your favor.