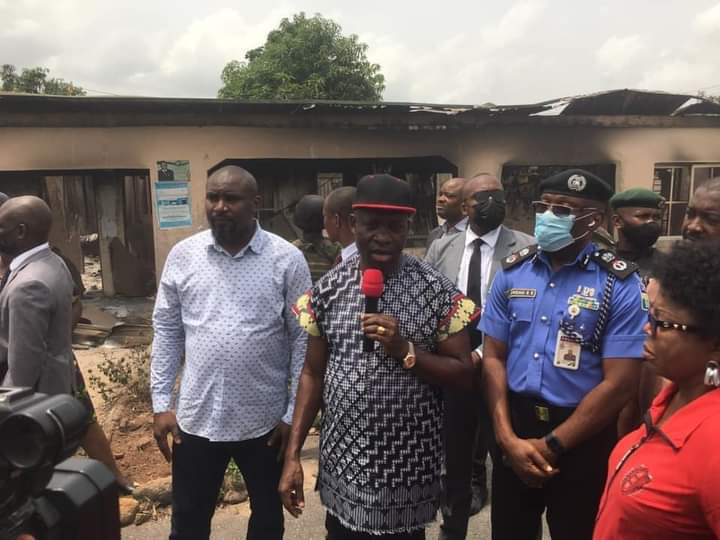 The Governor who was accompanied by the State Commissioner of police and other head of security agencies condemned the attack as mindless and very unfortunate. Governor Soludo said his heart bleeds with the mindless destruction of key buildings within the local government. The education Office and Works department including the traditional ruler building within the premises were touched. The Governor assured that these acts of criminalities and lawlessness will not continue. He urged the security agencies to go after the criminals and fish them out to face the law of land. Governor also regretted that the resources to be deployed in reconstructing the burnt buildings would have been better utilised to provide essential needs and infrastructure that will benefit the people. He appealed to Ndi Anambra not to despair adding that the state will rise again and no amount of repression can prevail or thwart the efforts of the government to build a strong and safe Anambra State.