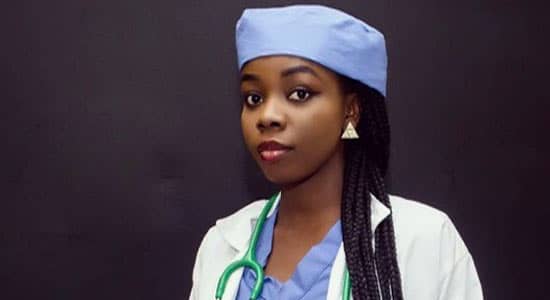 Anambra State Governor, Prof Chukwuma Charles Soludo has commiserated with the family of Dr Chinelo Megafu Nwando and the Nigerian Medical Association over the unfortunate death of Dr Chinelo Nwando who lost her life with other Nigerians in the deadly train attack by bandit terrorists.

Dr Chinelo Megafu Nwando reportedly lost her life from injuries sustained from gunshots when the Abuja-Kaduna bound train she was travelling in was attacked by bandit terrorists in the Kateri-Rijana area of Kaduna State on Monday night.

In a release made available to the press by Joe Anatune, Head of Soludo Media Office, Governor Soludo described the late Dr Chinelo Megafu Nwando as a promising young doctor whose life was cut short in her prime. Soludo lamented the circumstances leading to her death as painful but avoidable.

He called on the need of the security agencies to rejig the nation’s security architecture so that it becomes more proactive to issues of incessant violent attacks on innocent citizens.

Governor Soludo also extended his condolences to families of other Nigerians who lost their lives in the attack. He appealed to the federal government to nip in the bud the worsening insecurity in the country which has made the nation insecure and vulnerable to extreme violent attacks by bandits and terrorists.

She had worked as a medical dentist for Kaduna State Dental Centre and previously as a private dentist at the St.Gerrard hospital at Kakuri, Kaduna State.