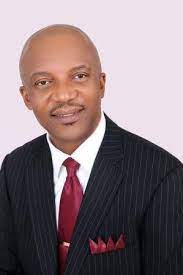 FORMER deputy governor of Anambra State, Dr. Nkem Okeke has said that he had no regrets defecting from the ruling All Progressives Grand Alliance, APGA, to All Progressives Congress, APC, at the time he did, because he was no longer enjoying the goodwill of his boss.

Addressing reporters at his Enugwu Ukwu country home in Njikoka local government area of Anambra State, Okeke said that within him, he knew that things were not going on well, regretting that even pieces of advice he gave on certain issues were not taken.

He said: “I don’t have any regrets joining the APC. I have really gained national limelight since joining the party. APC has welcomed me with open arms as I have been participating in the activities of the party at all levels. I just hope that more opportunities will come”.

Okeke said that even as he spoke, he had not received his entitlements as deputy governor.

He added: “I was not even receiving my entitlement while I was serving and I am not sure I will get any severance allowance. I don’t even know what is there for me.

“In the last couple of months before our administration came to an end, I wasn’t getting my overhead as the governor refused to sign the warrant for my overhead.

“But I am hoping that Governor Charles Soludo will do that when the time comes. For now, I don’t want to add to the governor’s problems and if it doesn’t come eventually, life goes on. I didn’t join politics for entitlements but to contribute my quota.

“I thank God that I left the state government when I did. Anybody who blames me for leaving at the time I did is not being fair to me.

“If I was in government till the end, people would have been asking me all manner of questions. I believe that God has been guiding me all through the process by helping me make critical decisions.

“I served for eight years as deputy governor and it is time for me to say, thank you to Ndi Anambra. I must say thank you to God for the opportunity because without him I could not have done the job to the best of my ability.

“I also thank my family. Mine was the first time Anambra deputy governor served for eight years.

“In particular, I want to thank Senator Victor Umeh who nominated me as the deputy governor during our first tenure in 2013.

“Again I had to thank the governor, Chief Willie Obiano because there was so much pressure on him to drop me, but he insisted on me remaining his deputy.

“Our regime had come and gone but with mixed feelings. As the deputy governor I had my expectations, but things didn’t really work out the way I expected. “The governor is the all and the deputy just answers to the whims and comprises of the governor.

“As deputy governor, you can’t question the governor. But I tried to do my best in the situation I found myself.

“It wasn’t easy for me and everything that happened culminated in my leaving the party, APGA last year November.

“It was not really my intention to join the APC, but I felt that after serving as deputy governor, what is the next. Would I continue to be in state politics or go to national politics and the question was, if I wanted to go to national politics, will it be APC or PDP? Two of them are really the same but I chose to join the party in power at the national level.
“I knew some people were not happy with that decision but I look at things from all perspectives. I put into consideration what APC has done for the people of Anambra, particularly the 2nd Niger Bridge and I know what that bridge will do for our state when it is commissioner.

“I also figured that in the next four years I will be 66 years and if I could contribute politically, the state will benefit from it. I hope that opportunity will come”.

On the ordeal of former Governor Obiano with the Economic and Financial Crimes Commission, EFCC, Okeke said within him, he knew things would happen, but didn’t expect them to happen the way they did.

“When I saw my boss when he came out of the EFCC, I am happy that he came out because he was losing so much weight. I don’t know what might have happened if he stayed longer. I am happy he came out to fight his battle from outside. But all these could have been avoided,” he said.