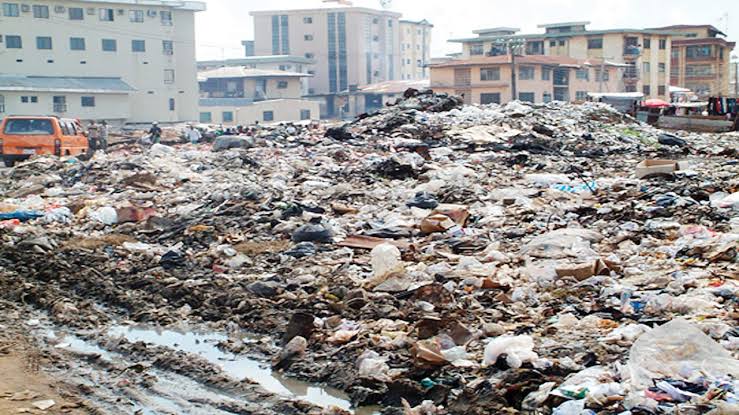 The directive by the state government, ANAMBRA PEOPLE learnt is to create free movement of refuse equip­ment as they are expected to be deployed by refuse contrac­tors for the purpose of clearing abandoned heaps of refuse in the affected areas.

ANAMBRA PEOPLE gathered that the declaration of business free days on Saturday and Sun­day was to restrict movement of residents and avoid unneces­sary traffic jams as contractors deploy equipment to clear the mess left over by the previous administration.

At Ochanja Roundabout, heaps of refuse have chased away food vendors who oper­ated in the area. The moun­tainous heap of refuse has also contributed to frequent traffic congestion recently experi­enced at the busy area.

At Ojedi/Oguta Road, Onit­sha the story is the same as half of the road had been blocked by refuse littered in the entire vicinity.
New Cemetery Road/Okosi Road is no exception as heaps of abandoned refuse has taken over a greater portion of the road causing incessant and avoidable traffic congestion with offensive odour oozing out from the site.
Creek Road/Modebe re­mains the same story giving the impression of Onitsha as a filthy commercial town.

In Okpoko area of Ogbaru near Onitsha and Nkpor area of Idemili North Local Govern­ment, residents have turned to fate as mountainous heaps of refuse have become a gory sight to residents and passers-by.

These environmental haz­ards are expected to end before Monday as the state govern­ment tackles the challenges posed by refuse across the af­fected areas.

Some residents who spoke to ANAMBRA PEOPLE said that the onslaught by Governor Soludo against filth in the state is a welcome development and urged the people to support him.