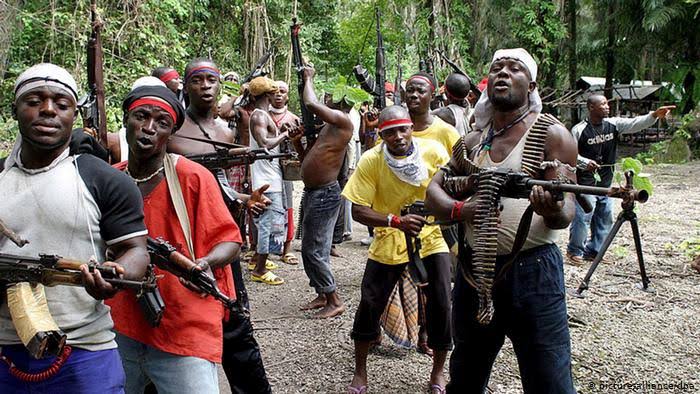 The Governor of Anambra State, Professor Chukwuma Soludo on Friday, lamented that majority of the armed men terrorizing the state are not Ndị Anambra. The governor made the remarks when he conducted an on the spot assessment of Aguata Local Government Headquarters which was attacked on Thursday by hoodlums, ANAMBRA PEOPLE reports.

According to Prof. Soludo, 85% of suspects arrested came from one South East state while the other 15% are from another South East state which shows that Ndi Igbo are indeed destroying their homeland with their own hands. The governor further emphasized that there will be no hiding place for criminals in the state, adding that Anambra will take back their land.

The Governor described the attacks as mindless criminality and warned that criminal elements in the state will no longer have a hiding place. He revealed that combined forces of security agents in the state on Thursday, stormed the criminal camp between Aguluezechukwu and Ogboji and smoked out the criminals whom while fleeing the camp, decided to destroy the local government headquarters. He also commended the security agencies for their timely intervention.

Governor Soludo, who was accompanied to the Secretariat by Security Chiefs in the State, mentioned the fact that the primary responsibility of government is to ensure the safety and security of its citizenry, and also maintained that the decision to flush and smoke-out criminals is in line with the commitment of his administration to prioritize security, as no meaningful development can be achieved in violent atmosphere.