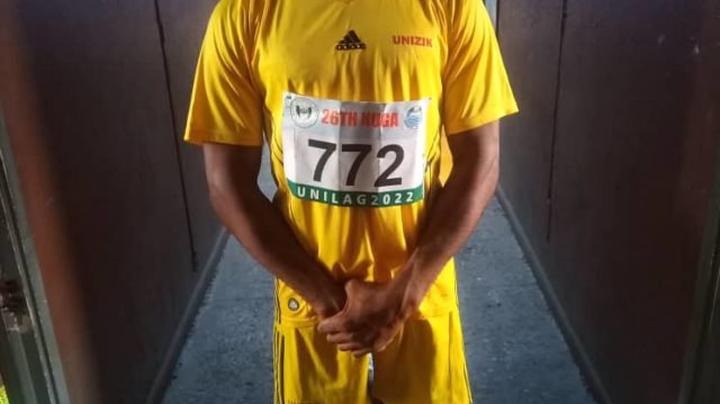 John Eigege, a 300-level student of Medical Laboratory Science set a new NUGA record by winning the Gold medal at the games in athletics for the JAVELIN event (Male) with a throw of 54.41 metres smashing the old record of 52.21 metres that has existed for about two decades in the history of the games.

Team UNIZIK finished 29th on the medals’ table out of the 83 Universities that competed at the just concluded 26th Nigerian Universities Games Association (NUGA) hosted by the University of Lagos (UNILAG) Akoka, Lagos State. The University’s contingent consisting of 74 athletes and 14 officials recorded a total of 6 medals; 1 Gold and 5 Bronze to put the institution on the National Chart for School Sports.