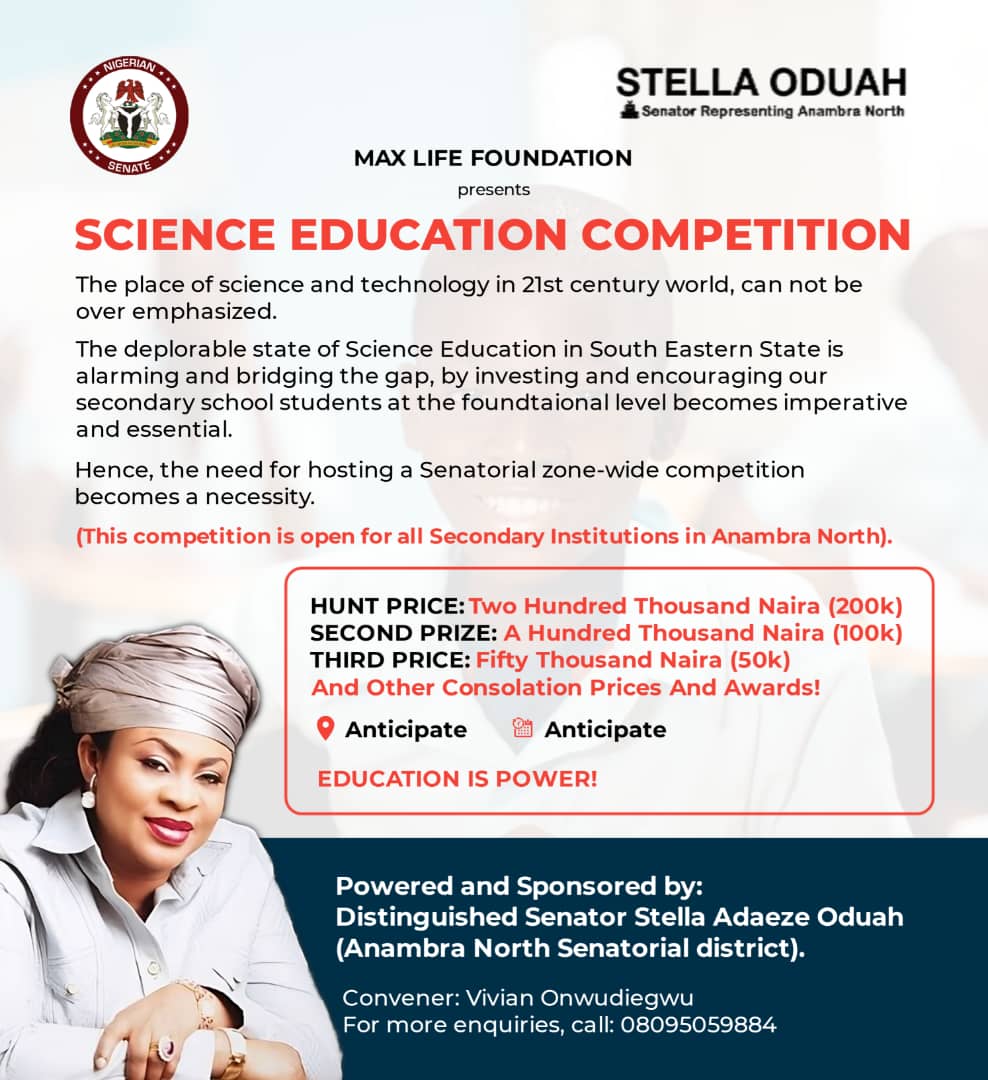 The competition will be powered by MAX LIFE FOUNDATION (Stella Oduah’s foundation), as part of Oduah’s contribution in the Education Sector particularly in the area of science and technology.

Speaking to ANAMBRA PEOPLE, a partner in the project, Miss Vivian Onwudiegwu praised the senator for the laudable initiative adding that there is no investment in education that will be enough. She further stated that the place of Education, especially Science and Technology cannot be overemphasized in the 21st century and lamented state of Science Education in the Country.

“Secondary schools remain part of basic education and if any government is serious about arresting the root cause and the rot in our education system then there is need for this kind of programmes at the basic level. Part of the problems undergraduates have in our tertiary institutions and the un-employability of our graduates may not be unconnected with the wrong foundation in science and technology”. She stated.

According to Miss Onwudiegwu, Anambra State is no longer ranked among the states on the higher rung of states doing well in science and technology. “This is a state that has produced the likes of the famous Chike Obi, Dr. Felix Oragwu, Philip Emeagwali, P.N Okeke, F.N Okeke and many others that have set the pace in Science and Technology, all over the World”.

Concluding, she noted that the state can only get it right if she decides to puts more effort in the promotion of science and technology based education and expressed satisfaction in what Senator Oduah has set out to do in this direction in the constituency she represents. She equally urged other politicians to emulate this gesture, noting that this is the first of its kind in that area.