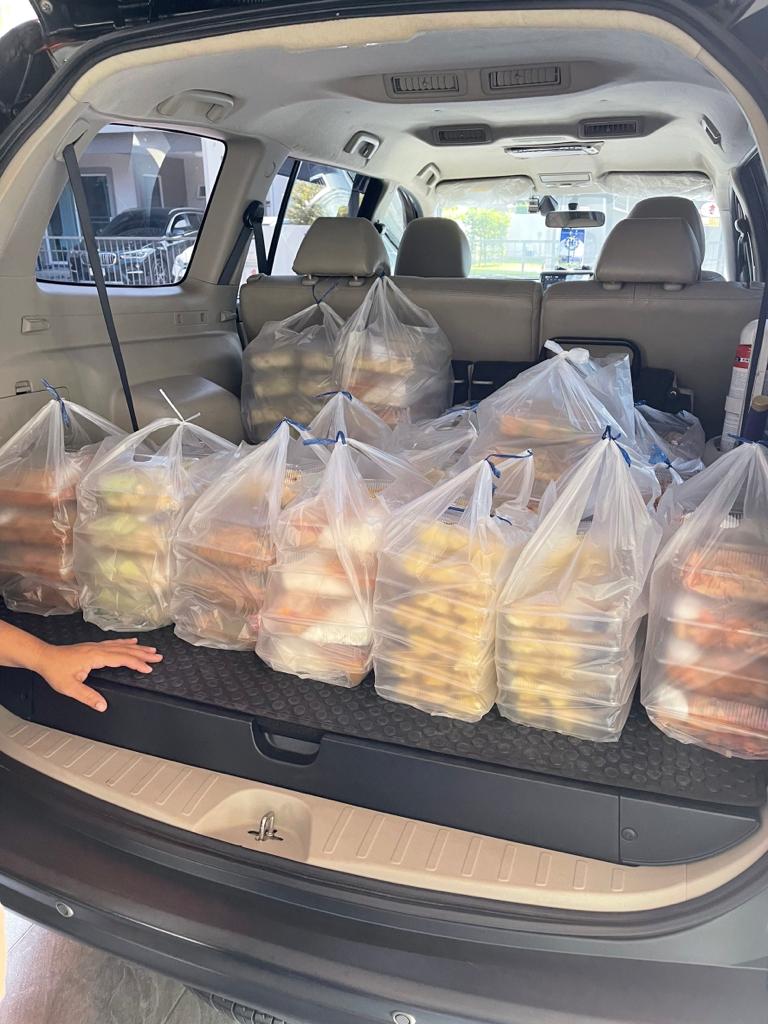 The king of six nations in Asia, Eze Amb. Jerome Ezeneche has once again, through his foundation, King of Six Nations Charity and Care Foundation shown his philanthropic spirit.

ANAMBRA PEOPLE reports that this time, his large heart was felt in faraway Thailand. In the spirit of Easter which also coincides with the Thai holiday, he decided to share money and food to the less privileged in the society. According to him, “it is always good to remember the needy in the society, considering the fact that it is one of the best ways to serve God and humanity”. Speaking further, Igwe Ezeneche pleaded with the well to do people in the society to make it a deliberate action to render help and provide for the needy not just occasionally but at all times. He stated that in so doing, we are fulfilling the biblical injunction of loving our neighbors. He maintained that social vices are rife in our society because of the widening gap between the rich and the less privileged and this social vices can be curbed to a large extent by personal and collective sacrifices.

Igwe Ezeneche used the opportunity to thank the Thai people for their hospitality, stressing that it was the kind of good society they have built over the years that made it possible for majority of the immigrants to be successful and thanked Thai authorities for the good leadership they have provided not just for their citizens but for immigrants also.

Igwe Amb. Jerome Ezeneche has continued to be celebrated as one of the greatest Igbo philanthropists both in Nigeria and in Thailand. It was for this reason he set up KING OF SIX NATIONS CHARITY AND CARE FOUNDATION through which he has continued to reach out to a good number of less privileged in the society in areas like health, education, housing and provision of basic needs. At the peak of COVID-19 pandemic, he lent his support and provided for his people in Okija and still showed the same level of solidarity to the less privileged in Thailand. He has donated to several charity organizations and has gone as far as providing shelter for the less privileged.