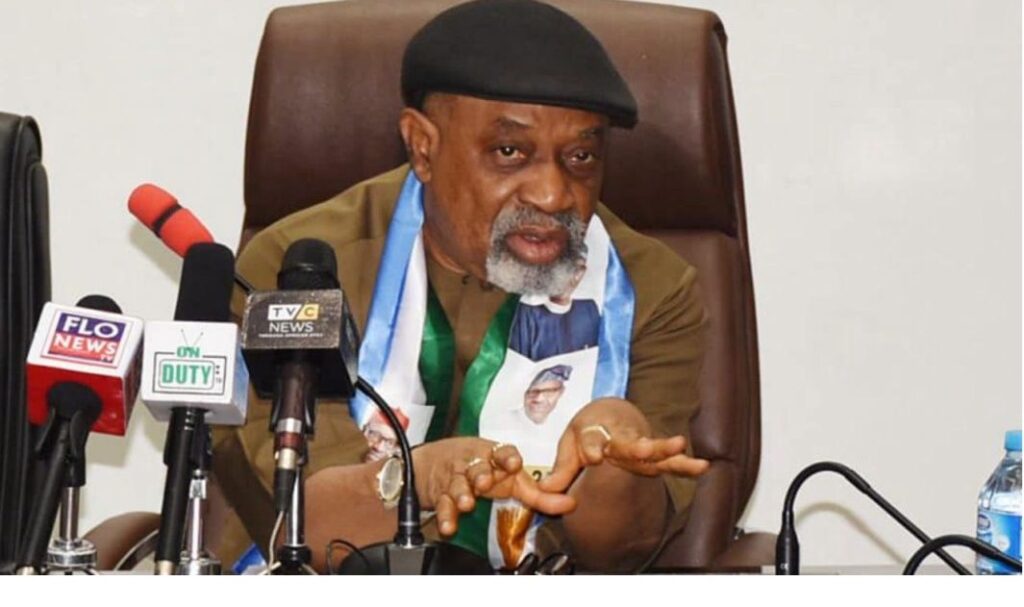 The Minister of Labour and Employment and Leader of APC in Anambra State Senator Dr Chris Ngige, on Saturday, said he would unveil his journey to the presidency on Tuesday, ANAMBRA PEOPLE reports.

Dr Chris Ngige said that he had consulted with both mortal and immortal people and would disclose his position on the 2023 presidency after the resurrection of Jesus Christ.

He gave the hint at the Akanu Ibiam International Airport, Enugu while responding to a request from a pressure group under the aegis of the South East Progressive Forum who stormed the airport and asked the minister to contest the presidency in 2023.

“This is an ambush. It’s an Easter ambush and anything done in Easter is spiritual. So I thank you people for meeting us here and saying what is in your mind. Make no mistake about it. It is us in the southern part of Nigeria that the presidency is due for. It’s also true, a truism that of all the zone in the Southern Nigeria that is only the South East zone that has not tasted the presidency.

“So, that gives much weight to the demand you are making now. Yes, in PDP, they are considering whether it will be North or South. No, in our own, as gentlemen we have already agreed in South.”

The former governor of Anambra State explained that he waited till after spiritual season of lent to enable him consult God in order not to make mistakes before declaring his intention about the presidency.

“In December 31, 2021 I told a group that after the spiritual season of lent, I will consult with my God and Angel and Arch-Angels. Easter is tomorrow and Easter is a resurrection day. We shall rise with the resurrection and after Easter Monday, I will make a pronouncement on my journey to the presidency.

“So we have done the consultation with mortal and immortal people and we are going to speak but make no mistake again, anything to be shared, if it is seven, it should be shared equally. If you collect first, collect second and collect again without others collecting, that’s where the problem comes.”

While commending the group for believing in him, Ngige said “I am inviting you on Tuesday to Alor, in Idemili South, that’s where I am going to unveil my intention for the Presidency.”

Speaking earlier, leader of the group Comr, Tony Chime, said the call for Ngige to contest for the number one post of the country was predicated on his track record in governance.

“We know the good things you have done in the south East and Nigeria in general. Our appeal is that you should come and contest for the President of Nigeria.

“We know that there are too many people queueing up for this position, but we have screened them individually and collectively, but we have not found the material we needed, hence we are here to appeal to you our brother, father and son to come and deliver us from the problem we are having in this country.”