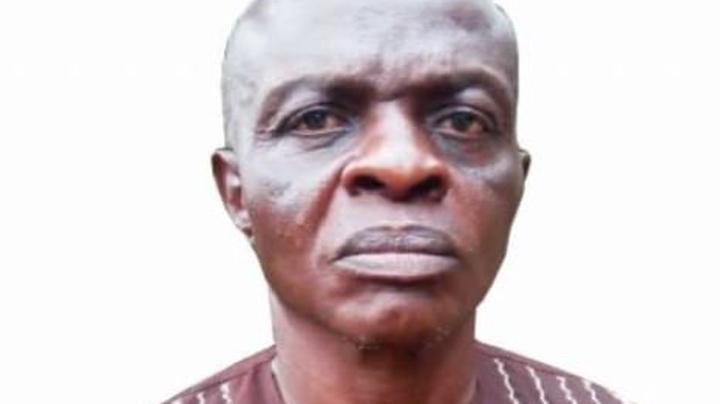 Mr Matthew Ifionu, a sixty-one-year-old an Anambra State indigene who trades in cattle, narrates to IKENNA OBIANERI how some unknown gunmen invaded the Igboukwu Cattle Market and opened fire on his animals

My name is Matthew Uche Ifionu. I am a native of Igboukwu town in the Aguata Local Government Area of Anambra State. I formerly resided in the northern part of the country, until I returned home with my family to settle down finally.

How old are you?

I am 61 years old. I am married with six children.

How was your sojourn in the north?

It was very okay, just that at a point in a man’s life, when you travelled, you will return home. Living there exposed me to a lot of life experiences and it was there that I gave birth to my children.

What is your occupation?

When specifically did you start the business here?

In practical, I started doing it around 1991. Then, I would come home during festive periods like the Easter or Christmas. Sometimes, I gathered money from the people who needed cows for one occasion or the other and I supplied to them. I was bringing the animals down from the North, but in 2019, I decided to concentrate fully on the business.

Recently some gunmen invaded the igboukwu cattle market where you do business and opened fire on the cattle on sale. Can you narrate to us what really happened on that day?

That fateful afternoon I was at the other side of the road discussing with a colleague, and suddenly, some boys, all dressed in black attire and heavily armed, came in a bus and parked at a junction. There were about 15 of them. People thought they were security agents when they ordered the traders at the front to move away. Some of those boys went straight to where the animals were while about four others stood at the front. And just in a few seconds, we started hearing gunshots and at that point, everybody started scampering to safety. Where I was standing, I did not know how I managed to jump into the building behind me and it was from there that I watched while they sprayed the animals with bullets. I saw as the cows were somersaulting as a result of the bullets being fired at them. The scene caused serious pandemonium in the area. I just hid myself where I was because I did not know the mission of the boys. It was a pathetic situation for the animals as they were being sprayed with the bullets.

How many of the animals were killed?

They killed 30 cows and seven goats. The animals were helpless as they riddled them with bullets; some of them somersaulted into other compounds. You know if it is a human being, he would fall immediately with just one shot, but the gunmen were spraying the bullets at the cows until they made sure that they all died. I was just there in my hiding place, watching them. I had never seen that kind of a scenario in my entire life. It was brutal cruelty against animals. What I know is people coming to steal or rustle animals; I had not experienced or seen a situation where they would open fire on innocent animals that were not a threat to anybody.

Who do you think those boys were and what their motivation for doing that could be?

Honestly, I have no idea. I did not offend anybody to warrant such a wicked attack.

Did they say anything to anyone when they arrived and started shooting the animals?

Nobody could really recollect the exact words they were saying as everywhere was enveloped in tension and people were scampering to safety. They were muttering some words as they were shooting, but I couldn’t hear what they were saying from where I was hiding; I was just watching as the animals were going down helplessly. I could not be listening to what they were saying. The shock killed someone and one of my colleagues has not recovered from the shock of it, as I speak right now. What happened on that day was really terrifying; I only mustered courage to be talking right now, I am still in pains and disbelief. I never knew that people could be so heartless to do such a terrible thing to another fellow human being. They killed all the animals without sparing even one. Tell me, what was the offence of the animals?

For how long did the gunmen operate?

They spent close to 30 minutes. That day, some military personnel were patrolling here, but unfortunately, it was when the military operatives left that they came. Incidentally, the military men passed again a few minutes after the gunmen had left.

What is the cost of the damage?

Can you put figure to your loss?

In estimation, it should be running into N10m.

What did you do with the dead animals?

Few moments after the incident, people came here and invaded them. They cut the meat into pieces and went away.

Why did they do that?

There is hunger in the land and people saw opportunity of free meat and took advantage of it. Even as I tried to stop them, I met very stiff resistance. Even at that, how many of them could I have stopped? It was just a helpless situation, although, some of them, after butchering the meat offered me money in compensation, but that was nothing compared to the loss that had been incurred.

What are your plans now?

What bother me now are the loans that I took from the banks and friends. I had taken the loans because I wanted to expand the business and also reposition it, especially ahead of Easter period. What worsened my situation is that I had just gone to buy more animals with all the money on me because of Easter festivities. Right now, I have been rendered jobless and penniless and nothing to fall back on. I have five children in the higher institution, who are being sponsored with proceeds from this business. I don’t know what to do by the time ASUU calls off their strike and they will have to return to school. Since the incident happened, my wife ensured that at least one of my children is always around me anywhere I go to for fear that I might be contemplating committing suicide. I am just in a terrible situation right now, not knowing what to do.

What has been the reaction of the people you took loan from?

Everybody, even the banks, is still silent. They are aware of the incident and they have not reacted, and I don’t know their next line of action.

Have you reached out to them?

They have been informed and I believe they are still assessing the situation before deciding what to do. As for me, I don’t know what might be their possible reactions.

Why did you not insure the business?

I had started the process but, unfortunately, it had not been completed before this incident happened.

How did your wife and children feel?

It is terrible. When the incident happened, some people went to inform my wife that they had shot me, my wife was surprised to still meet me alive when she rushed down to the market soon after the gunmen left.

Was the matter reported to the police?

No. In fact, everything is just complicated. When my boy, who was with me here, was kidnapped, I knew what I went through in the hands of the police when I reported the matter, with such nasty experience, I could not (report the attack by the gunmen).

What exactly happened when your son was kidnapped?

That is part of the challenges I have faced in this business. Two years ago, my boy, who was tending to the cattle for me, was kidnapped. We were just lying down at the market one fateful evening when some strange-looking armed men drove in a car and suddenly parked in front of the premises, walked down to where we were and picked the boy and went away.

The incident happened in November 2021. I reported the case at the Ekwulobia Police Station but since that day, we have not seen the boy. But I continued the business, doing it alone. The police assured me that the boy was going to be found. But one day, I was called upon to come and check a bloated corpse, whose head had been cut off somewhere at Ekwulobia Junction, that it might be the boy, but when we got there, I could not recognise the corpse and since then no tangible thing has been said on the matter.

What do you think motivated the kidnap?

In fact, I can’t explain the reason behind it; we did not have any dispute with anyone.

Have you received any kind of assistance since the latest incident?

Is there anything else you wish to say?

I plead for kindhearted individuals, the state government or relevant agencies to come to my aid. Anyone that can help me should please come forward; I am in need of help right now.