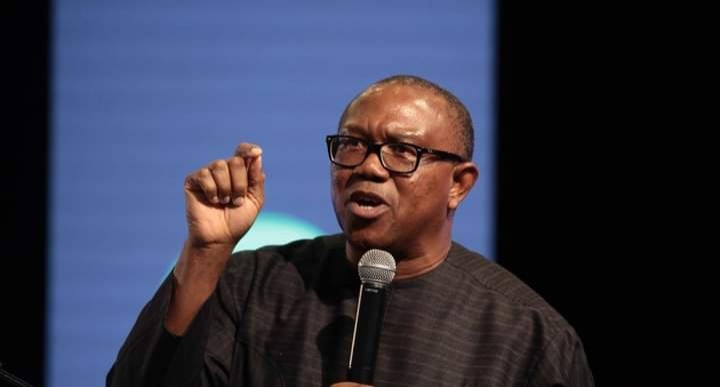 The People’s Democratic Party presidential primary is barely three weeks and there’s a very high expectations from Nigerians across board. The poor performance of the Buhari led APC government has put a spot light on the opposition party. Many Nigerians feel that it is wrong to reward APC with another four years.

However this piece is centered on the aspiration of Peter Obi and the perceived dynamics and dilemma this aspirant appears to be causing the PDP.

There’s this wild enthusiasm the Peter Obi aspiration is igniting across the country, particularly amongst the youth population. He is gaining an intense momentum as each day go by. This accomplished trader is seen in many quarters as a symbol of hope. For a country that has been badly managed economically over the years, his deep understanding of economics and finance elevates him on a pedestal as a man capable of reversing the fortunes of a prosperous country.

Beyond his knowledge of the economy and finance, his personal life of prudence and frugality appears to be a model in a country politicians have adopted an ostentatious lifestyle in a country of over 90 million poor people. He is by far a departure from the norm, a consistent politician who reflects his own sermons; he also has a sterling record of performance when he held sway in Anambra State.

Irrespective of Obi’s popularity, the biggest huddle is winning the PDP ticket. Peter can be described as a good candidate but not necessarily a good aspirant. The first leg of the contest is going through the delegate election. It is in the powers of the delegates to choose who fly the party’s colors. What is obtainable in a delegate system is a high level of horse trading, lobbying and political leverage. It is a “cash and carry” system.

Considering that parting with money is certainly not Obi’s strength even though he has tons of it, political permutations is that he may not survive the night of the primaries, where it is expected that dollar bills will rain massively.

Permutations are largely in favour of Waziri Adamawa who has a better oiled political structure and the cash to get things done or probably a Nyesom Wike with his brutish style and Rivers petrol dollars.

There are also concerns that Peter Obi might struggle to muscle out votes in the NW&NE, a region that commands a voting population of about 14 million. Some party wigs think that PDP as an opposition party should come from a position of strength, that it will make a better strategic approach if the party flies a Northern candidacy since the APC appears to have settled for a Southern candidacy.

While this calculation is logical, it also comes with dire consequences. The South has a legitimate claim to the Presidency therefore might not be willing to support a Northern candidate. But then politics is a game of numbers. PDP might be thinking that the repeat of 2019 ticket is a winning ticket. Since Buhari and his cult followership in the north will not come into play, repeating an Atiku /Obi ticket most likely will return PDP back to power.

But will Peter Obi Play a Second Fiddle Twice?

It is clear his base mostly made up of young people are adamant on having Obi as vice presidential candidate; for them it’s either number one or nothing. Obi stands to put his brand at risk if he plays the second fiddle twice, he might be putting a stamp on those who have always believed that the Igbo aspirants are just jostling for the V. P slot. Secondly the fear of the Osibanjo scenario also worries his support base. Osibanjo played a second fiddle to a bad principal and it damaged his brand, the fear is that such could be the fate of Peter Obi if perhaps the Atiku/Obi ticket clinches the Presidency.

This is a dilemma for PDP and Peter Obi. It is clear to PDP that not having Obi on the ballot either as number one or two will cost them the elections… On the part of Obi, he has worked hard earnestly to build the most powerful political brand in Nigeria’s political space in recent times, therefore it is important his political calculations is apt in order not to blow it all away.