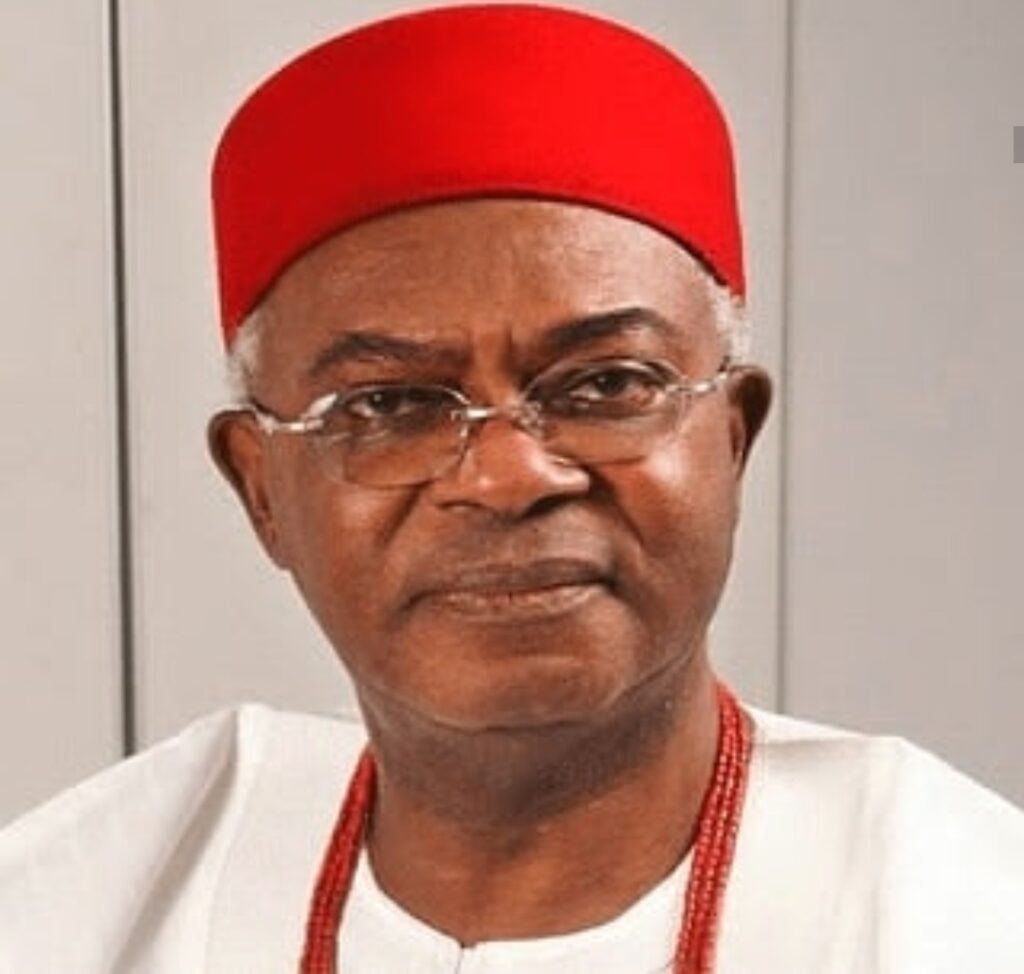 Governor Chukwuma Charles Soludo on behalf of the Government and People of Anambra State felicitates with the Obi of Onitsha, Igwe Nnaemeka Alfred Achebe, mni CFR (Agbogidi) on his 81st birthday anniversary, today, (May 14 2022)

The Governor notes that the Igwe Nnaemeka Achebe’s wise counsel and contributions have been of immense value to the growth and development of Anambra State in particular, Southeast and the Country at large.

The Governor reiterates that as a first class royal father, a worthy son of Anambra State and an elder statesman, Igwe Nnaemeka Alfred Achebe’s fatherly disposition to issues in regard to peace and security in the state and the well-being of the people have continued to earn him the highest respect in the land.

As Igwe Achebe marks his 81st birthday anniversary, Governor Soludo joins millions of Ndigbo and well-wishers home and abroad in celebrating the auspicious occasion and wish him many more years of good health, wisdom and selfless service to God and humanity.

Governor Soludo also leverages this occasion to congratulate HRM Igwe Nnaemeka Achebe on his 20th anniversary as the Obi of Onitsha.

Chief Press Secretary to the Governor