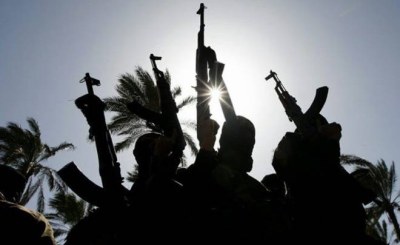 95 people have been reportedly killed so far in the last 5 months in Anambra State, while a total of two hundred and eight-five people have died due to insecurity in the last five months in the southeast region of Nigeria, ANAMBRA PEOPLE reports.

Data obtained from the Council on Foreign Relations’ Nigeria Security Tracker (NST), – a website that tracks violent incidents related to political, economic, and social grievances directed at the state or other affiliated groups – covers January to May 24, 2022.

There were 154 incidents within the period which resulted in 287 fatalities.

From the data, Anambra state has the highest number of fatalities, with a total number of 95 deaths within this period. For instance, in a single incidence on February 26, 20 people were killed at a burial ceremony in Ebenebe, Akwa North, LGA.

In another incident, still in February, six people died during a clash between gunmen and security agents in the Ekwulobia area of Aguata Local government on February 13.

Imo state followed with 60 deaths. An instance was March 16, a fierce battle between personnel of the Nigerian Army and suspected members of IPOB in Amafieke and Ihioma led to the death of six persons.

Meanwhile, Ebonyi state recorded 55, Enugu 53 and Abia 24 fatalities. Instances of incidents in these areas are; a communal clash in the Ezza/Effium part of Ebonyi, on April 10, which led to 26 fatalities.

Gunmen attacked the NDLEA office and killed one officer and a patient, while two of the attackers were also killed.

With 24 death, Abia state recorded the lowest in the region. Instances in the state include a man was killed by a soldier in Isuikwa on January 3, for allegedly blocking his path.