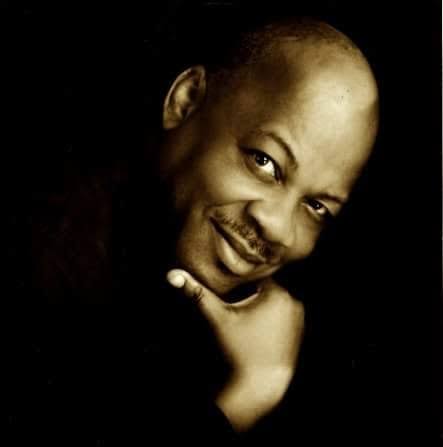 As Nigeria’s military ruler, Olusegun Obasanjo, who retired from the army as Head of State and a four-star General on the last day of September 1979, established what he later described to the New York Times over one decade later as “a farm settlement., which aimed at the increase of food production.” It was located in an island in the Atlantic Ocean called Ita-Oko, some 100 kilometres off the coast of Lagos. Curiously for a farm settlement, Ita-Oko, in the words of the General, “aimed at decriminalizing people – Nigerians and non-Nigerians – who refused to work, even though work was available.”

For a project reportedly intended to alleviate hunger, hardly any food was produced in Ita-Oko. An island some 10 km2 in size was a most unlikely food basket for a country of over 923,000 km2.
The secret of Ita-Oko was well hidden from public view during the reign of General Obasanjo. Nearly ten years after its establishment, in 1987, acting on a tip-off from a source in police intelligence, a young lawyer recruited a few friends into a boat on a journey to locate this place.

The lawyer who led that mission was Olisa Agbakoba and that journey marked a breakthrough moment in the emergence of Nigeria’s contemporary human rights and pro-democracy communities. It was the journey that founded the Civil Liberties Organisation (CLO), the organization that germinated Nigeria’s contest against resilient military mis-rule.

The people who accompanied Olisa on that journey included Ama Ogan, then editor of The Guardian in Lagos; Abdul Oroh, her political correspondent; Richard Akinola, then a pioneering judicial correspondent with the Vanguard newspaper also in Lagos; as well as Emmanuel Erakpotobor and Clement Nwankwo, young associates in the law firm then known as Olisa Agbakoba and Associates.

Ita-Oko turned out to have been an island prison. In a letter to the editors of the New York Times in October 1989, two years after Olisa and his friends had returned from the journey to Ita-Oko, Obasanjo declaimed thus: “If the Ita-Oko Island farm settlement was turned into a prison camp by subsequent administrations in Nigeria, you should not involve my person and Government with such an ugly act.”

In a country with a median age of 17 and life expectancy of 55, a majority of the people will not have any memory of what the world was like in 1987. Globally, the Cold War still raged. In Africa, it was the age of military coups. That was the year in which Pierre Buyoya overthrew Jean-Baptiste Bagaza in Burundi; Blaise Compaore killed Thomas Sankara in Burkina Faso, and, even in Apartheid South Africa, 32 year-old Major-General Bantu Holomisa overthrew Stella Sigcau in the South African Bantustan of Transkei.
In 1987, Ibrahim Babangida, Nigeria’s military ruler, turned 47, having been in power for three years and in government for over twenty. Millennials and their successors in Generation-Z, accustomed to resolving their issues with tweets and emojis, will not know what courage it took in those days to confront the military, or the creativity required to foray into that vocation.

Olisa Agbakoba’s life is not unaccustomed to that rarefied form of courage and nous. He was born in Jos, Plateau State, the second son of Godfrey Ubaka Agbakoba, a spindly lawyer and blue-blood from Onitsha, in Anambra State, and his wife Phina. Godfrey, a member of a pioneering generation of lawyers from south-east Nigeria, had established his legal practice in Jos, where Olisa began his education. On the foothills of the onset of Nigeria’s post-colonial troubles, Godfrey Agbakoba relocated to the then Eastern Region in 1965, where he became a judge and humanitarian of considerable repute.

Interrupted by the Nigerian civil war, Olisa’s somewhat peripatetic high school sojourn ended at the Christ the King College (CKC) in Onitsha, where he also earned a reputation as a competitive footballer, with the nick-name, “Abana”, after one of the more famous exponents of the round leather game in Nigerian history, Kenneth Abana. In 1978, he was admitted to the Nigerian Bar, after concluding his under-graduate education at the University of Nigeria and undertaking the mandatory vocational course at the Nigerian Law School. For graduate school, he went to the London School of Economics and Political Science (LSE).

When he founded the CLO in 1987, Olisa was only nine years old at the Nigerian Bar and a mere three in private legal practice. For many, it was an act of folly, but he had the foresight to divine what most could not see – that military rule was shortly to become unfashionable. To establish the CLO brand, Olisa went after precisely those abuses that defined the military, especially the abuse of powers of administrative detention in the State Security (Detention of Persons) Decree, number 2 of 1984.

In 1989, Decree 2 was probably the defining issue in Nigerian politics. Ibrahim Babangida had launched his interminable transition to nowhere and was busy banning, un-banning and re-banning politicians whom he pleased from participating in it. For those who resisted his ban and even those who merely criticized him, Decree 2 became the tool to shut them up and Ita-Oko a convenient place where they could be disappeared.

These abuses defined the annual conference of the Nigerian Bar Association (NBA) in 1989. The NBA then was led by the inimitable Alao Aka Basorun, arguably its greatest ever president. The opening session of the conference at the Nigerian Law School premises in Victoria Island turned into a spell-binding debate between Itsejuwa Sagay, then the fire-brand former Dean of Law at the University of Benin, whom the military were desperate to be rid of; and then Attorney-General of the Federation and Minister of Justice, Bola Ajibola, himself a former president of the NBA.

Sagay was as withering in his take-down of military abuses as Ajibola was unmovable in his defence of the instruments of military dictatorship. Aka Basorun was forceful in his leadership of the Bar. Olisa, the campaigner against Decree 2 had been instrumental in crafting the moment.

As the opening adjourned, Tunde Fagbohunlu and I approached Olisa and Aka Basorun on Adeola Hopewell as they walked to the then NBA secretariat adjoining the Nigerian Law School premises. It was our first encounter in what would become a lifelong relationship. Tunde, a Senior Advocate of Nigeria (SAN) since 2008, cut his professional teeth under Olisa. I worked with him to establish the CLO’s legal advocacy in the courts. Olisa always had an eye for talent, and a way with nurturing it.

Beyond the CLO, Olisa crafted broad-based civic coalitions which made possible the end of military rule in Nigeria, including the Campaign for Democracy (CD) and the United Action for Democracy (UAD). For that, he suffered not a small number of privations. Detained many times by the military, they also repeatedly sought to preclude and frustrate his international advocacy. In April 1992, the military seized his passport yet again. His contest against that arbitrariness produced the seminal case in Nigerian law on the right to a passport.
March 1998 was the height of General Abacha’s campaign of terror to transmute himself into Nigeria’s elected dictator. The politicians had caved in, with many of them joining publicly in the campaign led by Daniel Kanu’s Youths Earnestly Ask for Abacha (YEAA) to beg Abacha to rule Nigeria forever.

Olisa refused to indulge the civic graveyard that Abacha enforced. On 3 March, 1998, he called out the country in Lagos to a “5 million Man March” against the Abacha dictatorship and led from the front. For his courage, the security services assaulted him, nearly blinding him before taking him away into detention. Abacha died three months later in June 1998 and the politicians who campaigned for him to rule forever suddenly emerged from the woodworks to become advertised as those who saved Nigeria for democracy.

In September 1998, Olisa became a SAN. Beside his work in civic advocacy, he had quietly emerged as the most prolific public law advocate in the country on the back of strategic courtroom advocacy that developed an influential body of case law by the Nigerian Supreme Court on the human rights of detainees and prisoners on death row.

While his vocation has been public law and human rights advocacy, Olisa’s professional expertise was built in maritime law and arbitration. He was the founding president of the Nigerian Chamber of Shipping and led the reform of arbitration law in Nigeria.

When the Nigerian Bar Association (NBA) sought a leader after its elected president abandoned ship in 2005 to join the Obasanjo government in advancing Third Term, they turned to Olisa, who returned credibility to the presidency of the Association. Under him in 2008, the NBA established the practice Section on Public Interest and Development Law (SPIDEL).

On Olisa’s 46th birthday in 1999, Nigeria returned to elective government. It was a fitting testament to the work of a man who managed to earn leadership without ever seeking office. As the politicians converge around the country to enjoy the perks of the democracy made possible by the sacrifices of his youth, Olisa will turn 69 on 29 May, 2022. He’ll be stepping into life’s autumn with one hell of an innings.