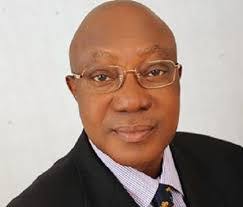 In a statement made available to journalists, yesterday, Obidigbo, who was the consensus governorship candidate of All Progressives Grand Alliance (APGA) in 2013, noted that sometimes historical individuals prepare for a journey, but the journey takes them to a desired destination.

He remarked that right from 2003, when Obi’s mandate was stolen through blatant electoral manipulation through his eventual eight years in office as governor of Anambra State, God has been preparing the former governor for a time like this, when political corruption has reached its apogee.

“I do not think Peter Obi dreamed about the massive momentum his Presidential aspiration is building among Nigerians. I am sure he did not even plan to leave the Peoples Democratic Party (PDP) the way he did.

While congratulating the former Vice Presidential candidate of PDP on his emergence as LP’s Presidential flagbearer, Obidigbo, who is also the chairman of Hardis and Dromedas Group, urged Nigerians to gird their loins for the final battle against bad governance.

He said it was a pity that Nigerian elites who travel to developed countries, including United Kingdom, US and United Arab Emirates, fail to replicate the infrastructure and social development styles of those places but continue to wallow in primitive acquisition.