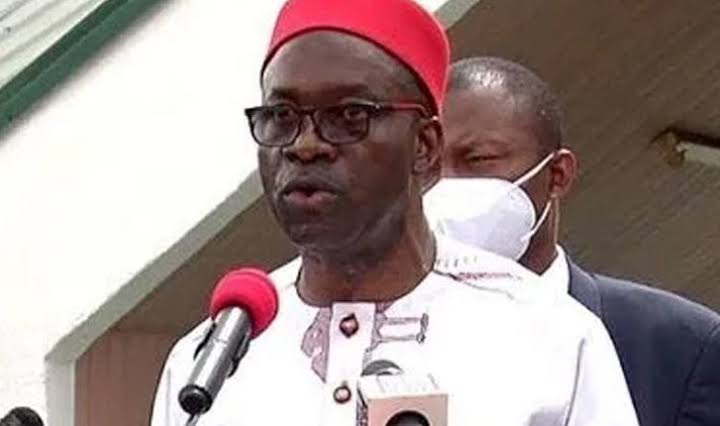 Anambra State governor, Professor Chukwuma Soludo has ordered all landlords in the state to proceed on what he called “Operation Know Your Tenant” as part of measures to fight insecurity in the state, ANAMBRA PEOPLE reports.

Essentially, the governor directed the landlords to keep appropriate records of such tenants and report anyone suspected of being involved in criminal activities to security operatives.

Soludo, who spoke through his Press Secretary, Mr. Christian Aburime, insisted that no part of Anambra State, whether house, bush or forest, should be used as camps for criminals, adding that anyone with a gun in a camp should be considered a criminal and vowed that government and the people would work with security agencies to flush them out.

He said: “The state government shall, pursuant to its powers under the Land Use Act, revoke and acquire any land found to be harboring these criminals, for public purpose.

“Henceforth, every community is required to provide information on any part of their land occupied by these criminals as camps. If the community fails to do so, the government will take over such land.

“Similarly, any buildings found to be harboring kidnappers and murderers in the state will, as provided by Criminal Code (Amendment No.3) Law 2013, be forfeited to the government.

“All hotels have been directed to obtain the means of identification of their guests, keep an inventory of all guests and immediately report any suspicious persons or group of persons checking into or converging in their facilities.

“Various ranges of bounties have been placed on criminals in the state. These are some of the sincere measures to ensure that peace returns in the state”.

According to the governor, the steps being taken by his administration were already yielding satisfactory results with more successes anticipated.

He assured of the readiness of government to uproot any form of criminality in the state and encouraged the people to go about their lawful duties as their security is the number one priority of the government.

He described the May 20 killing of Mrs. Harira Jibril and her four children by unidentified assailants as “barbaric and unacceptable” and vowed to fish out the perpetrators and ensure they were dealt with according to law.

“The government of Anambra State cannot shirk or relent on its constitutional responsibility of securing life and property of the citizens and residents.

“Some proactive actions are already being taken to allay the fears of the residents” he added.