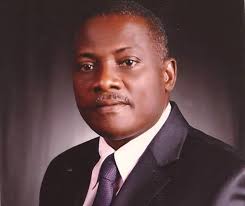 Innocent Chukwuma, the CEO of Innoson Vehicle Manufacturing has debunked allegations about him having an affair with popular actress, Destiny Etiko, ANAMBRA PEOPLE reports.

It could be recalled that Instagram blogger, Cutie Julls alleged that the billionaire is the one funding the actress’s luxurious lifestyle.

According to the blogger, Destiny has completely ignored the other men in her life as she focuses her entire attention on him.

Addressing this in an interview with MO MEDIA,  Innoson revealed that he was left in shock after friends all over the world called him to inform him about the rumour being spread about him on social media.

He wondered how people will spread such rumour when he doesn’t know Destiny Etiko and has never met her before.

“Not like having a girl is a wrong thing. It’s not a wrong thing but I didn’t do it. I don’t even know this person and I have never seen or greeted her on the way. I am not a celebrity but an industrialist who is fully focused on my work. I’m currently at the factory as we speak. ” He said.

Mr Chukwuma said that Cutie Julls must have been paid to tarnish his image, because he doesn’t understand why this particular false news is being published about him.

Going further, the businessman also blamed Destiny , who is a well known celebrity on social media for not coming out to debunk the rumour.

He concluded by threatening to sue Cutie Julls and all other bloggers that are spreading this false news if they fail to pull down their post.

The post “I’ve Never Met Destiny Etiko & Even Surprised She’s Yet To Debunk This False News”- Innoson Chukwuma Reacts To Allegations Of Dating The Actress appeared first on MoMedia.