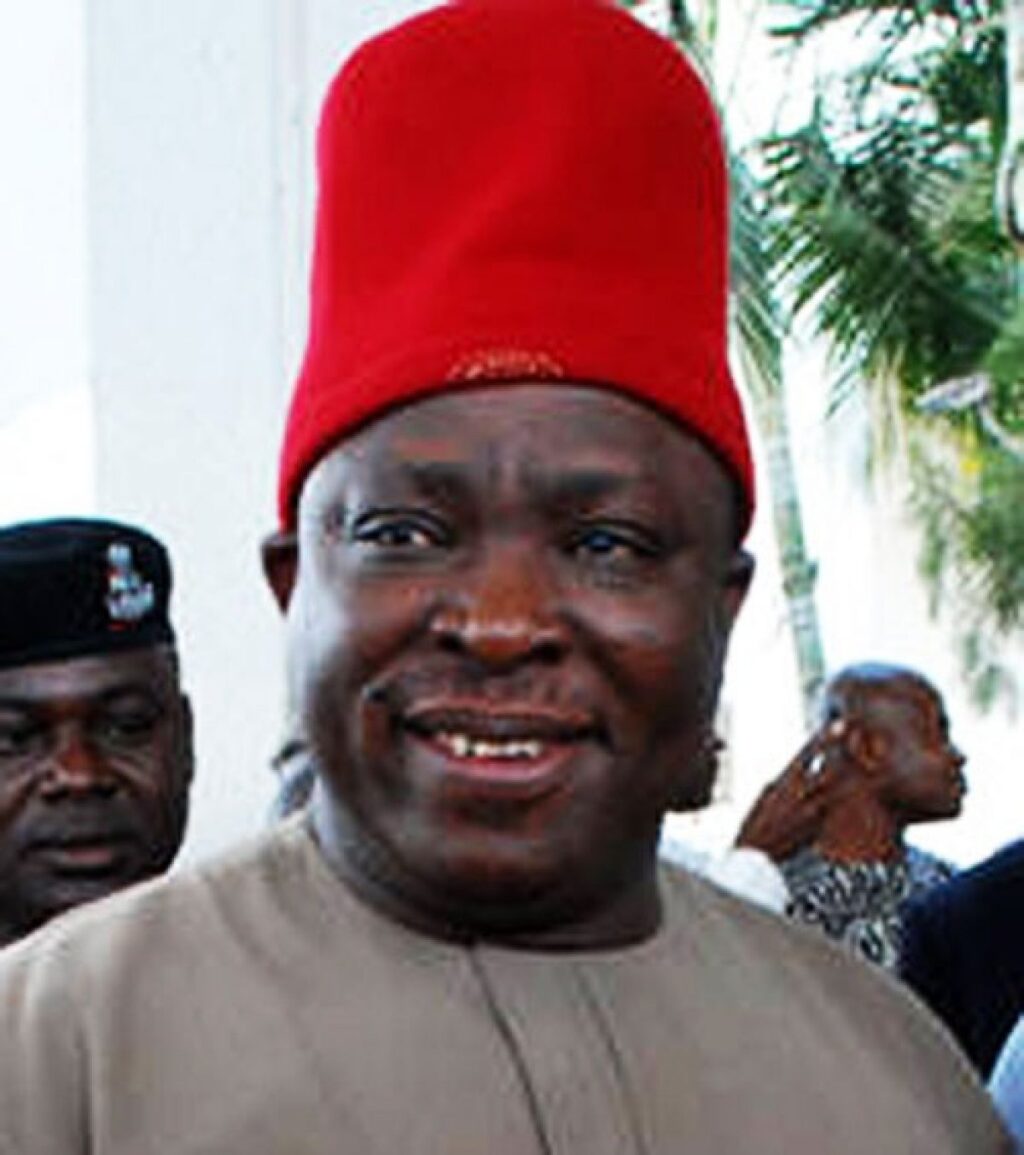 The former national chairman of All Progressives Grand Alliance, APGA, and the senator that represented Anambra Central in the 8th national assembly, Chief Victor Umeh, has lamented the circumstances that led to his defection to the Labour Party, LP, saying that it was obvious that some highly placed people currently controlling the party did not want him to return to the red chambers on the platform of APGA in 2023, ANAMBRA PEOPLE reports.

Speaking in an interview in Awka, Umeh said the good thing, however, is that the electorate would not be handpicked and induced with the kind of money that exchanged hands during the primaries, adding that it is the voters that would determine every candidate’s fate during the election.

He also said that what happened during the APGA primaries had given him the opportunity to reconcile with former Governor Peter Obi, who is the presidential candidate of the Labour Party for the 2023 general elections.

Umeh said: “It is very sad to leave APGA because I fought very hard for over 20 years to sustain the party. But from the way everything played out during the primaries, it was obvious that they didn’t want me there anymore.

“But I didn’t want them to cut short my passion for service to our people. The senate of the Federal Republic of Nigeria is a very important place to advance the cause of the people. That was what motivated me to join the race on the platform of LP.

“I consulted widely and the stakeholders gave me the nod before I declared. The momentum was huge and when those who didn’t want me there knew that they won’t be able to stop me, they resorted to all kinds of antics.

“The primaries could not have been transparent when important people outside were calling delegates not to vote for me. With the situation in Nigeria, you won’t expect people who are hungry to differentiate between the mission and ambition of some people. “But I was satisfied with the delegates as 151 of them voted for me despite the intimidation. I lost the primary by only 11 votes by their declaration and after the declaration, some of delegates suggested that I should insist on a recount because there were obvious anomalies, but I said it was over and I moved on.

“The good thing is that it is the electorate that will determine who goes to the senate and not a handful of people that were given money to nominate a candidate.

“As a Christian, I wish them good luck and I will continue to do what God has destined that I should be doing for our people.

“This APGA that people are revering today was the handwork of Mr. Peter Obi and myself and when Obi left, I remained behind to sustain the party up to the governorship election in November last year.

“So I don’t know what informed their decision to hatch this plot against me. I feel I don’t deserve it and the public has said so. If I win the forthcoming election, the 10th senate will know that somebody who stayed for only 17months in the 8th senate will do something that all Nigerians will appreciate in terms of allocations for infrastructural development, appointment at all levels and anything government is expected to do for the people.

“I will help to fashion a new Nigeria in the process of lawmaking. In the 8th Senate, I was chairman of Labour Committee that fashioned out the new minimum wage bill and coming to Labour Party, therefore, has brought me to a familiar terrain”.

On how he was able to mend fence with Obi after years of bickering between them, Umeh added: “On Sunday after the primaries, Obi called to sympathize with me on the outcome of the APGA primaries and asked me to engage Labour Party leadership to see if I could have the opportunity to emerge as a candidate of the party.

“I reached out to the leadership of LP and they were excited to hear that I am interested in their party. I immediately resigned from APGA on 30th of May and joined LP on 31st of May. And they have unanimously made me their candidate for Anambra Central. I will put all my weight, experience and knowledge in advancing the cause of this party.

“Our duty is to follow Peter Obi to campaign in all parts of the country and campaign for LP candidates in Anambra in all the constituencies so that we can win.

“This is a divine mission and God has destined it, I consulted widely and with all the critical stakeholders and they asked me to go ahead to join Obi in LP and contest this election because our people have so much to gain from my representation.

“When it seemed like there was no more hope for me to continue this journey, a call came from an unusual quarter, my estranged brother, Peter Obi and that call made peace between us and we decided to put our difference apart in the interest of our people. I am therefore grateful to His Excellency, Mr. Peter Obi and the national leadership of Labour Party”.