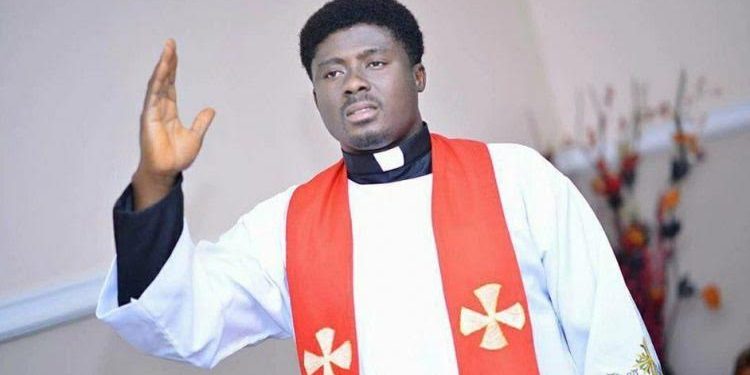 The popular cleric had recently carpeted Governor Chukwuma Soludo over the poor management of waste and insecurity in the state. He said “Soludo, you have to start working. Expectation is high. We are waiting for you to ‘Dubailise’ and Americanise Anambra State. Anambra State is turning into a ghetto; dustbin everywhere.

“When you go outside, if gunmen did not shoot you, refuse dumps will suffocate you. Many people are not happy but they don’t want to talk. Who will then talk about it?

ANAMBRA PEOPLE gathered that the main reason behind the sudden outburst of the cleric against Soludo’s administration was as a result of the fact that his elder brother, Mr. Charles Obimma who represents Oyi constituency in Anambra State House of Assembly did not get APGA ticket to return to House of Assembly.

The cleric’s brother was among the politicians who in the buildup to Anambra governorship election in 2021 defected to APC and was disqualified when he returned to APGA to contest for APGA House of Assembly ticket.

Again, his personal assistant from Eziowelle was equally disqualified from participating in APGA’s state house of Assembly primaries. Our source confirmed that apart from these reasons enumerated above, coupled with the fact that some of these clerics benefitted a lot from the past administration of ex-governor Obiano, so watching Soludo’s body language, they feel he may not play along with the church in terms of funding so they decided to launch the first salvo in order to make him see their strength and bring him back to their fold.

Many Anambrarians have questioned why the cleric was so in a haste to indict Soludo’s administration which is only two months old and looked away during the eight years of Obiano’s mis-governance. To them, if it was not politics, why publicizing the prophesy? Soludo himself even alluded to that in his reply, “I personally flagged off the cleaning of Onitsha and Okpoko and photos of me on top of refuse dump that closed Ochanga and as high as the traffic light adorned the social media. Most places had not been cleaned in over 6 months before I assumed office. Of course with no equipment and strategy in place, we have adopted “emergency response” approach while working out details of a sustainable strategy… Surprisingly you didn’t complain on the pulpit then!” the governor stated.