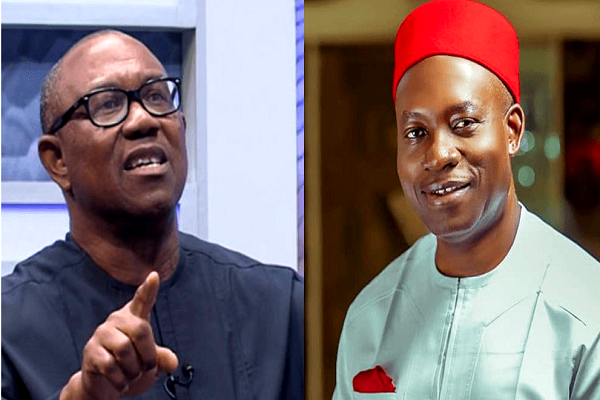 Following some discordant opinions from Governor Chukwuma Soludo’s Government regarding in particular the current value of the investment made in SABMiller, Obi has told Soludo that he is at peace with him and his administration, ANAMBRA PEOPLE reports.

“I want to assure you that the Obi’s camp is supporting you. We want you to succeed and cannot be part of any plot against you”, Peter Obi in his characteristic peaceful way told Anambra Governor.

Obi also pledged his readiness to offer any support that “will redeem our state and set it on the path of progress again”.

According to the Labour Party presidential candidate, he wants Soludo to succeed as governor because “when the state works, it is for the benefit of all”.

Obi, in a letter to Governors Soludo through his media aide, Valentine Obienyem said: “Our Dear Prof. Soludo. Let me once again congratulate you on emerging as the Governor. As I have always reminded you, going by your pedigree, we are hopeful that you will repair the wrongs in the State. When the state works, it is for the benefit of all.

“On the day you were sworn in, our joy was near complete on the attendance of Mr. Peter Obi, only to be completed when you allowed him the use of Government House Hall to meet traditional rulers. For everybody, that is the way to go.

“The banters by traditional rulers on that day revealed their hidden joy at the development. Watching them intently, I noticed many of them gazing at Obi with eyes dripping with admiration and devotion as they took him as the redeeming angel of the bastardised country.

“As far as I was concerned, two illustrious and experienced Anambra sons were united together in maturity and wisdom.

“When the news of the multiplication of Obi’s investment in SABMiller was published, I knew it did not come from you. I personally made it clear that it was not circulated by Obi’s Media, but probably by one of the youths, not under our control, but eager to throw in anything that glorified their hero–Obi.

“Do not judge Obi’s supporters based on these people’s cathartic reactions.

“It was saddening when one of the people you later appointed an aide, in a bashful, pugilistic manner, said I was the one that published it. “When your media aide rebutted it, I said he did what he was supposed to do.

“My argument was simple: Even if the news was true, it is wrong to put into your mouth what you did not say.

“I read the recent rebuttal by your Commissioner on the subject, what do I say about it? I only want to assure you that the Obi’s camp is supporting you.We want you to succeed and cannot be part of any plot against you.

“Some people are angry because we have chosen to identify with you; it is about time they realised that our only interest is recovering the eight years of retrogression.

“Anybody supporting Obi that fights you is on his own. I say this with all sincerity, especially knowing the brief I personally received from Mr. Peter Obi on this.

“Obi is ready to offer any support that will redeem our state and set it on the path of progress again.

“The way things are, anybody fighting you at the January of your tenure is simply being inconsiderate and insensitive. Please always sieve everyday reactions by people from the reaction from Mr. Obi’s official camp.

“As for Soludo’s supporters, take us as friends. We are one with you in the belief that Prof. Soludo should succeed for the good of our state”. 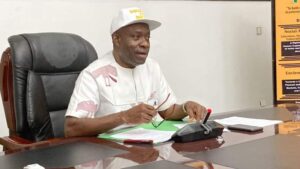