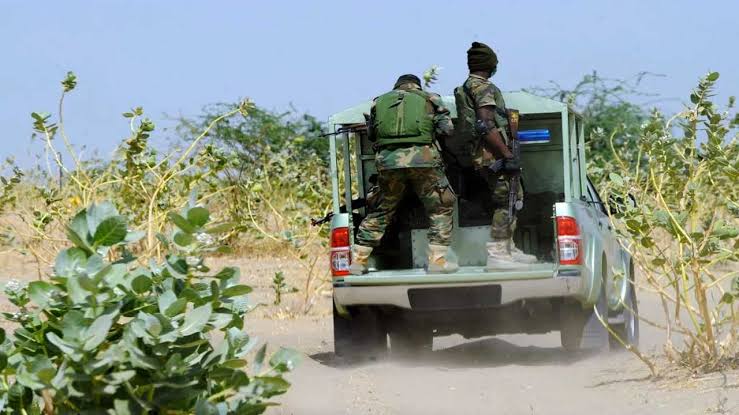 Residents of the Ukpor community in the Nnewi South Local Government Area of Anambra State have been in panic after gunmen and Nigerian Army personnel engaged in a shootout, ANAMBRA PEOPLE reports.

Major roads, shops and other public offices have also been deserted amid fear of attacks.
It was learnt that there was heavy shooting around St. John’s Church Ukpor, Amadim village and a few other parts of the community.
As a result of the ongoing security operation, the inhabitants of the besieged area were advised to remain indoors and avoid the roads.
Ukpor has been a theatre of murder and other grisly crimes in the State in recent times.
Barely three days ago, unknown gunmen killed a former state lawmaker, Hon. Nelson Emeka Achukwu.
The former lawmaker was reportedly kidnapped in his home in Ukpor despite being physically challenged.
His decapitated body was later found at the bank of Ulasi River and was quickly buried by the family on Tuesday, June 21, 2022 evening as the body was already decomposing.