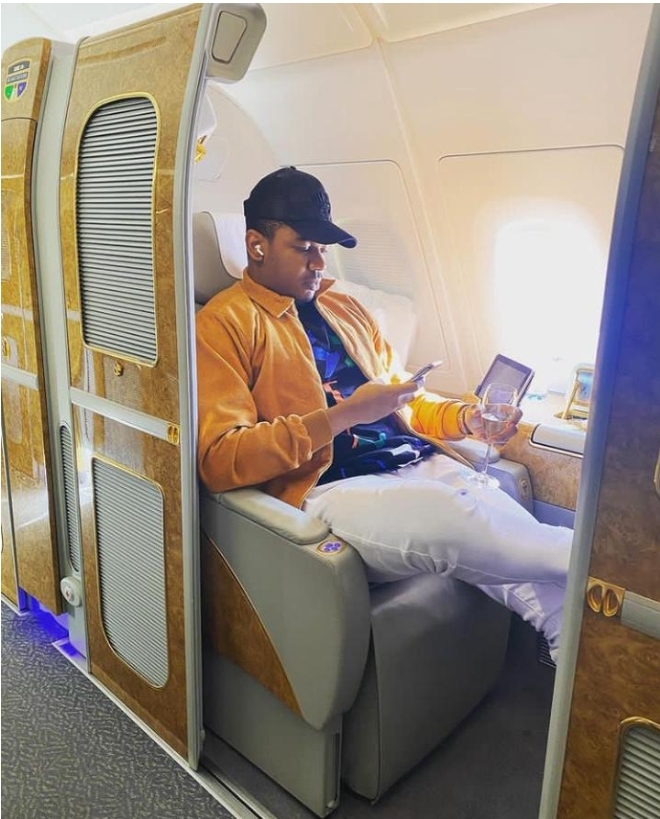 Anambra billionaire businessman and socialite who goes by the popular name Man Like Chico (born Chibuzor Madubuko) sparked mixed responses from the Cubana Chief Priest, his fans and followers a few hours ago after he showed off his uncompleted mansion on social media. The footage was shared via his verified Instagram account, where he has amassed for himself a large number of followers due to his flashy lifestyle. In the video, the philanthropist who is the CEO of his father’s company, De Chico Group of companies, can be seen inspecting the magnificent building with his well-equipped security details and the site workers.

Nevertheless, social media has become an avenue where the rich and famous use it to flaunt their material wealth and luxurious lifestyle. And the young Nigerian entrepreneur, Man Like Chico, is known as a successful businessman who loves to show off his wealth, fleet of supercars, and expensive trips on social media. His decision to show off the uncompleted stage of his mansion has in turn generated responses from his fans and followers.

While releasing footage from the inspection at the site, he added a caption that simply reads, “Gradually everything is falling into place.”