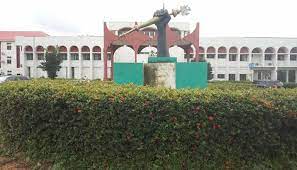 The Anambra State House of Assembly has expressed displeasure over poor salaries of civil servants. They said that the development contributed to the deterioration of work standards in the civil service, ANAMBRA PEOPLE reports.

Mr Johnbosco Akaegbobi, representing Nnewi South Constituency ll, made the assertion during the ongoing 2022 Revised Budget defence of the Office of Head of Service.

The defence is done before the Assembly Committee on Finance and Appropriation, on Wednesday in Awka.

Akaegbobi, also the House Committee Chairman on Establishment, described the civil service as the instrument through which government policies toward development were executed.

He said it was sad that Grade levels eight and nine civil servants were paid below N40,000 as salaries, in spite of the difficult economic situation in the country.

“The salaries of our state’s civil servants are just too poor. There is no way they can survive with such monthly pays given the state of the country’s economy.

“Another problem is that civil servants are not promoted as at when due. All these errors are exactly why they are not motivated to put in their best. There is a need for salary review,” he said.

Emeneka said that the behaviors of workers were characterized by such attitudes as laziness, absenteeism, lateness to work and hostility to members of the public.

“There is a need to declare state of emergency on our civil service system because of the general laxity and inadequate performance in the state civil service,” he said.

Responding, Mrs Theodora Igwegbe, Head of Service of the state, said Gov. Charles Soludo had set up a committee on salary review to address the issues of civil servants remuneration.

“Anambra is one of the states that did not implement the minimum wage for workers. So, it is my hope that the outcome of the committee’s work will provide the impetus for an upward review of the salaries of civil servants.

“I have also visited the 20 ministries in the state to interact with them and to emphasis the enforcement of the civil service rule.

“We also have programmes aimed at improving the competencies of officers in the civil service through training and re-training of staff to improve performance and productivity,” she said.