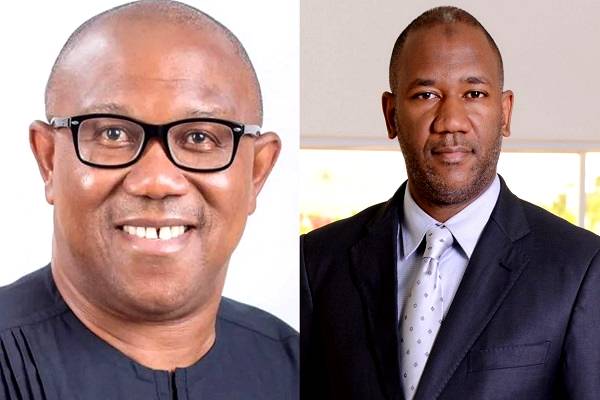 Across Nigeria’s political spectrum, many are already inundated with the idea that former Governor of Anambra and presidential candidate of the Labour Party, LP, Peter Obi will pull a surprise victory in the 2023 presidential election, but it is expedient to look at how such a victory might happen.

If recent tempo and moves by Obi are perfectly sustained till February 2023, Obi might be able to spring surprises at the poll if he can control the narrative and the influence he is currently wielding in the country.

Until recently, many underestimated Obi’s dexterity in comparative socio-economics; his will to bring a change in governance; and the support he enjoys from young Nigerians. Many leaders have claimed to have achieved a lot while trying to fix the problem of Nigeria, but obvious metrics suggested they have sorely failed.

The Labour Party candidate stands a chance of winning the 2023 presidential election if the issues listed below are well addressed.

Funding the #Obedient structure/support base:

It is a great thought that Obi built his structure around 100 million hungry Nigerians and 35 million unemployed persons, including unpaid pensioners, but without serious funding, the hungry-voters-structure might be demoralized to deliver victory for the Labour party in the 2023 elections.

If Peter Obi wants to truly win the 2023 elections, his handlers should be putting up their thinking cap on crowdfunding to boost his campaign.

The need for a viable political structure in winning an election cannot be overstated. Obi’s existing political structure is practically scanty, he is only riding on the strength of social media populism, which may not be able to soak up the daunting political challenges, particularly in the North where his brand is yet to be felt. Besides, considering the financial wherewithal of Obi’s contenders (Abubakar Atiku of the People’s Democratic Party, PDP and Asiwaju Bola Tinubu of the All Progressives Congress, APC), it is obvious funding is a problem that must be immediately addressed by the ‘Obidients’ .

With good funding, the LP can begin to look at expansion strategies – accommodating aggrieved members in other parties, aligning with opposition political parties that are putting up a good fight against the ruling government as well as robustly migrating the #Obidient ideals into the northern part of Nigeria, all these will require great costs.

If Obi intensifies media appearances and campaign spending, a lot of angry voters who are already dissatisfied with the two major mainstream political parties will take him more seriously. Imperatively, if the huge online supporters all get their PVCs and translate online activism to real-time votes, Obi will be a formidable candidate come 2023 election.

The 2023 election is coming at a time when the entire country is intensely charged. The Obi camp needs to bear in mind various issues and unforeseen circumstances that could mar his chances at the poll, considering the Nigerian peculiarities.

It may not be certain yet what the 2023 situation would look like, but previous elections have witnessed issues such as rigging, vote-buying, arrest of key chieftains of some parties, organized violence in major states, towns or areas where a candidate has a higher advantage of votes.

There is a huge amount of planning and resources that will go into the entire process as the election is approaching, which Obi cannot look away from.

Labour Party needs to put its governorship candidates in the face of the people in all the states where elections will hold to ensure the party gets closer to the people and to put up a good fight ahead of 2023.

By taking this action, Obi would be able to ride on the strength of the candidates and leaders of the Labour Party in each state to reach out to the grassroots and essentially win more people to its camp in order to get a good number at the polls.

A good example is Osun, where Hon. Yusuf Lasun, a strong political force in the state who is contesting for governor is left alone. Obi has done more of a one-show, he has not been at the forefront of campaigning for the party’s governorship candidates.

At the June 18th Ekiti election, Obi was not on ground to support his party candidate, Olugbenga Daramola; at the time, he chose a trip to Egypt to study the country’s education and power system, among others. The vacuum between Obi and state politics if resolved will make his journey to Aso Rock in 2023 possible.

He needs to be reminded that he cannot win the presidential election in isolation, he needs more foot soldiers across all social divides.

Only a few years ago, people were adamant about voter registration or election, but the narrative has changed now. The people feel so much violated by the government of the day that they are now trooping out en masse to get their PVC to initiate the change they care so much about for the country.

So far, Peter Obi appears to be scoring high here, most of his campaigns and messages are targeted at not just increasing his supporter’s base but majorly getting voters card.

Luckily for Obi, celebrity artistes like P Square, Okon Lagos, and Phyno, as well as actors from the Nollywood industry are pushing the ‘get-your-PVC’ campaign really hard. The more young people and the youth raise this awareness and civic right the better the chances of Obi winning.

There’s no denying that Obi is the arrowhead presidential candidate from the South-East extraction of Nigeria. But, it is not enough to win a presidential election in a country where the majority of votes come from the North.

It’s still expedient for Obi to revisit joining an alliance with other forces in the North; despite he picked a Muslim Northerner, Yusuf Baba-Ahmed as his running mate he still needs more allies who command huge followership in order to appeal to mass majority votes from the region.

Obi also needs to reach out to a truce with the political leaders in the South-East, who are not convinced with his presidential ambition, regardless of political parties. No matter how difficult, the Labour Party needs to find a strategy to ensure togetherness within his own homestead and political kinsmen.

Until lately, many had envisaged that Obi would successfully form an alliance with the presidential candidate of the New Nigeria People’s Party, NNPP, Rabiu Kwankwaso.

But contrary to expectations, the alliance proved unfruitful as the candidates failed to reach a compromise on who becomes the presidential/vice-presidential candidate status.

Also, Obi could form alliances with parties and candidates who have lost out in concluded elections to leverage on their structures in all states ahead of the 2023 election.

Reaching out to core Arewa leadership:

Obi needs the support of the Arewa leadership to have a smooth ride in the North. A prominent voice in the North and chairman, Dialogue Group, Mahdi Shehu had said Obi has yet to visit them in the North to present his plan for the region and Nigeria.

The Labour Party candidate for a fact needs Northern states like Kano, Kaduna and Katsina, President Muhammadu Buhari’s homestead. These states turn in the highest votes in virtually all Nigeria’s presidential elections.

Already, President Olusegun Obasanjo and the president of Northern Elders Forum, Ango Abdullahi had ruled out the presidential candidates from the two major political parties; the ruling All Progressives Congress, APC and the People’s Democratic Party, PDP. Obasanjo is already promoting Obi, which is a positive signal for an Obi presidency.

Abdullahi, while speaking on Arise Interview, had said Nigerians need to intensify their search for presidential candidates beyond the mainstream political parties, stating that the current crop of mainstream Nigerian politics cannot fix the problem of the country.

In this light, Obi needs to connect more to Northern leaders and the people in real-time to be able to earn their votes in 2023.