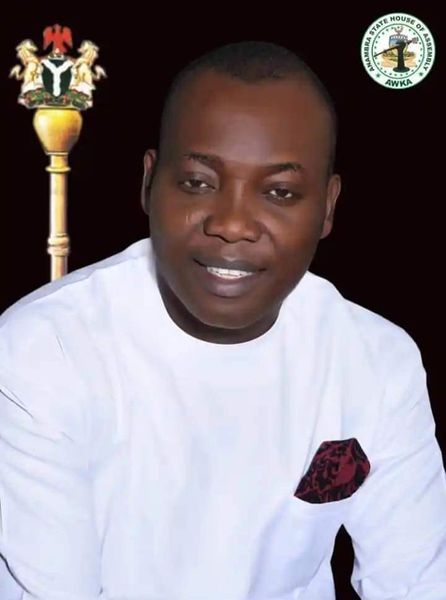 A right group, Concerned Aguata Citizens has raised concerns on what they described as “dead silence”, on the details of investigations on the assassination of Hon. Okechukwu Okoye popularly known as Okey di Okay who was murdered alongside his aide, Cyril Chiegboka, ANAMBRA PEOPLE reports.

The group released a statement recently and queried why nothing has been heard about the investigation of the assassination.

The deceased lawmaker and member representing Aguata II Constitutuency was on Sunday, the 15th of May, 2022, on his way back to his residence abducted by gunmen alongside his Campaign Director.

Six days after, precisely on Saturday, the 21st of May, a sad trending video showed his decapitated body paraded in a motor park.

Issues continue to grow on the circumstances of the unfortunate death of the law maker, the whereabouts of the alleged chief suspect, who was said to have been in possession of the Law maker’s cell phone after his unfortunate death.

The group prevailed on Isuofia community to rise to the occasion of helping in unraveling the masterminds of the dastardly act and ensure full justice and independent investigations into the alleged Chief suspect, who was sometime said to have been arrested.

“Until the sad news of his death, Hon. Okechukwu Okoye, whose popular political name is, “Okey di Okay”, was the member representing Aguata II, State house Constituency, aspirant for the Aguata II Constituency ahead of the 2023 election, he was aspiring for second term in office, which he was viewed by many as the popular candidate to clinch the party’s ticket.

The issues very pressing at the moment, include:

What is the investigating level of the alleged chief suspect, reportedly arrested? Why is there no MEDIA parade and media trial of the suspect, just like others, in the past? Why is there no access to independent investigations to the Chief suspect? What is the whereabouts of the arrested Chief suspect in this case? Any further arrests, in connection to the case, who are suspects behind his kidnap and eventual beheading”?

As the date of the final internment of Hon. Okechukwu Okoye popularly known as Okey di okay, draws closer, uncertainty surrounds the bizarre story of the untimely death of the lawmaker and his aide, Cyril Chiegboka, as rights groups call for speedy Justice.