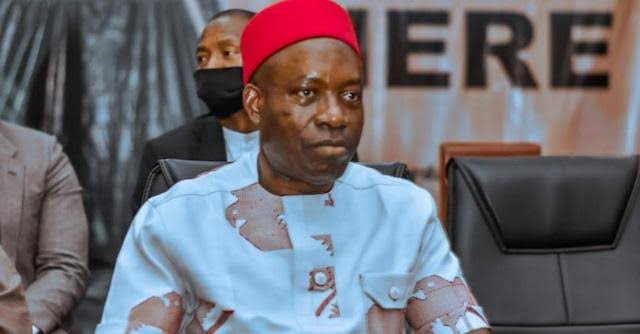 Development experts have always differed in thoughts, views and approaches. It is forgivably so, given that divergence in ideas is what in most in deliberate circumstances emboldens a particular philosophy and gives its conception durability. It goes on to explain that agreeing to disagree is what saturates a particular argument. However, one crucial area that development experts have come to a reconciliation with is the fact that to effect real change, “toes must be stepped on”.

Governor Chukwuma Soludo of Anambra State was right when during his interactive appearance on a state-owned media house late last month to discuss his one hundred days in office explained that his administration will “step on toes” in its quest to remodel Onitsha, one of Nigeria’s ancient commercial cities, housing a market once the largest of its kind in West Africa. To elaborate his point further, the governor borrowed the famous words of late French soldier and politician, François de Charette that “to make an omelette you’ve got to crack a few eggs”. Soludo’s statement exudes courage and pragmatism; the kind that most leaders in Nigeria have been so gutless to embrace.

The governor is not unaware of the economic, aesthetic and leisure importance of the commercial metropolis that sits elegantly on the eastern bank of the Niger River. For decades, Onitsha has slowly descended from an ancient beauty to a city in wreck and squalor. From petty criminal activities, squalidness, horrible development plan, avoidable traffic logjams, and when it rains, flood overruns the city. Most disheartening is the fact that each of the challenges tormenting that city of pride is caused by reckless human activities. While the unconcerned trader has chosen to dump waste into the water channel in laziness of walking a few meters to an approved dumpster, the mindless landowner has just erected a structure on a waterway perhaps to test the peace of flowing water.

Not that Professor Soludo’s predecessors did not attempt to bring order to the city. But the approach, just like the variance in ideas of development experts, was either temporary, superficial or contemplative.

These containment moves hardly lived past the departures of their inventors. The notoriety of the popular Upper Iweka returned. The squalid stench grew thicker and bolder. Soon, Onitsha fell back to the floor. Governor Soludo had always been mindful of these nightmares. He was patient, waiting for a time when the might of change can never be scuttled by fear or sentiments. He was vocal enough when he declared that “We will return Onitsha to its former glory!”

Prior to the November 6, 2021, election that brought the governor onboard, he had on every of his outings pledged that his first official outing as a governor would be to visit Okpoko, a popular subordinate town on the bank of the Niger River, north of Onitsha. For years, Okpoko had worn an unroyal image of filth, drugs and crimes. The sprawling community, with a population of less than half a million people, once rated as one of the largest slums in Subsaharan Africa, was a forgotten child in penury and pain. Then on the 18th of March, 2022, less than twenty-four hours after his administration was inaugurated, Governor Soludo left for Okpoko. Standing on a mountain of waste dumps, the governor addressed the people and announced that Okpoko would be transformed. The next day, dredging of the Sakamori, an artificial water containment basin that collects water flowing from Onitsha and environs and leads it into the River Niger commenced.

The Sakamori had been filled with wastes that prevented it from holding water, with the resultant effect of flooding and growing wrecks. The dredging of the Sakamori was followed by the clearing of decade-long dumped wastes in Okpoko and the marking of illegal structures in the area for demolition. It was the same for other key areas in Onitsha. Governor Soludo later followed up on his plans by inviting Onitsha landlords to a crunch meeting. Addressing them, the governor laid emphasis on the dying image of the once-revered city, and his determination to get it working again. But, he insisted, that everyone must put in something. Toes would be stepped on. The fact is that there is no index of sincere development that does not wear a revolutionary garment. Yet, the throne of change is reserved only for strong-willed leaders who must do what must be done, within the ambit of reason, to achieve the ultimate goals.

A practical scholar of “Disruptive Change”, Professor Soludo understands firsthand, that there is no victory without sacrifice. Like the imminent wind of change in Onitsha, Anambra State, as a whole must brace for what is coming: A clean, green, livable and prosperous homeland for all.