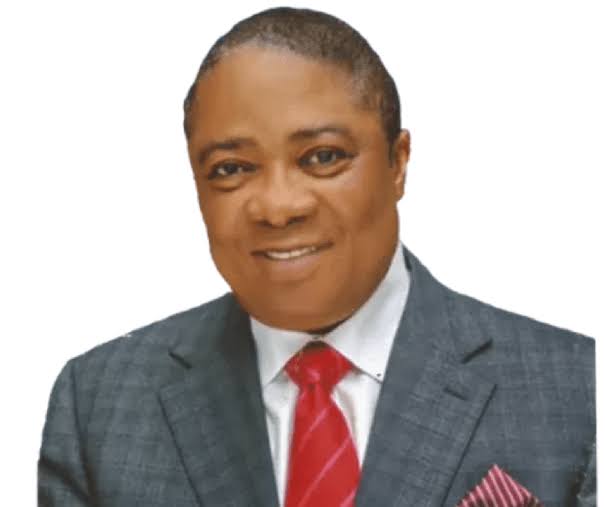 When it comes to cement production in Nigeria, a few names come to mind; Dangote, BUA and of course Ibeto. At the head of the Ibeto Group is Dr Cletus Ibeto, a determined and business-savvy man who pushed through all odds, braving moves that other entrepreneurs would not dare. It becomes a more unique success story when you consider that he achieved most of his business success without as much as a secondary school certificate.
Cletus Madubugwu Ibeto was born on November 6, 1952, and is a native of Nnewi, Anambra State, Nigeria. Growing up, Cletus wished to pursue his education to the highest level and have a career for himself.

His father would rather have him take a path that was more the trend among young boys of Eastern extraction at the time – learning a trade. His father’s will prevailed and at the age of 13, he went to learn under Akamelu, a car parts dealer in Onitsha.

Learning the trade of business

Like many other businessmen from Eastern Nigeria, Ibeto found himself sitting under the apprenticeship system, commonly called imu-ahia. He understudied the motor parts business, learning every aspect of the business from sourcing to logistics, warehousing, inventory and the rest. Although his apprenticeship journey was cut short by the three years of civil war, he returned to it after the war. He eventually set shop and started the Ibeto Brothers Trading Company himself, importing and distributing automotive battery and plastic motor accessories.

While doing this, Ibeto took a step ahead and started setting up his factory in Nnewi, so that by March 1988, he stopped direct importation. Another decade and the Ibeto Group had grown to become one of the largest auto spare parts manufacturing outfits in Nigeria.

His grit also worked to his advantage. When the Shehu Shagari administration introduced a policy restricting importation without license, other importers took a break to see how the new policy would pan out. But Ibeto went ahead and spent three million naira to acquire his importation license allowing him to import as much as 65 containers of spare parts.

By the time the other importers decided to apply, the process had become laden with bottlenecks and they could not get through. To make matters worse, the government was toppled and borders closed. Cletus Ibeto now had a monopoly of the market.

“There was a line of people wanting to get their hands on replacement parts from my businesses. I was using boxes to store money for the bank. Even though the markup was close to 500%, people still bought the goods. The first two days after the containers arrived, I made four million pounds,” he recalled. This also provided him with the funds to start setting up his facility at Nnewi.

Union Autoparts Manufacturing Company Ltd. was founded on June 2, 1987, and is now a leading manufacturer of automotive lead-acid batteries in Nigeria. It is worth commendation that the company’s lead and aluminium smelting factory generates all the metals needed. It has the capacity to produce as much as 120,000 sealed maintenance-free batteries, 5,500 tons of lead, 500 tons of accessories and 1,500 tons of friction components.

On October 2, 1996, Cletus established Ibeto Petrochemical Industries Ltd, which would soon become a foremost player in producing a wide range of chemical-related goods and oil lubricants for domestic and international markets. It is considered Nigeria’s largest liquid storage facility for petroleum products with a capacity of about 60,000 metric tonnes located at Apapa Wharf and Ibru Jetty Complex, Lagos.

Ibeto Cement announced a reverse merger with Century Petroleum Corporation – a United States publicly-traded petroleum exploration and production company – in May 2018. This move bypassed the complex process of listing and took the company into the global markets, with Cletus Ibeto as Chairman of the new Board of Directors.

In response to the FG’s move to harness natural gas in the Niger Delta, Cletus Ibeto established the Ibeto Energy Development Company in 2008. There are other subsidiaries in the Ibeto Group, including the Palmex Agencies Limited, Odoh Holdings Limited and King’s Palace Hotels Limited.

Never too late to be a graduate

Although Ibeto had become successful, he would later revisit his academic dreams. He wrote the West African Senior School Certificate Examination at the age of 48 years, proceeded to the University of Nigeria Nsukka, and bagged an Accounting degree at the age of 54. He would later receive a Doctor of Business Administration (DBA), Honoris Causa from the same institution, in acknowledgement of his vast business experience. Ebonyi State University also conferred a Honorary Doctorate Degree in Business Administration on Cletus Ibeto.

The learning journey never ends, and Ibeto continues to attend business seminars and conferences across different continents. He also mentors other emerging entrepreneurs and does his bit to encourage education. For instance, he has a prize award foundation for the highest graduating student in Paediatrics at Nnamdi Azikiwe University, College of Medicine, Nnewi. He also has a similar award for the top graduating student in the Electrical/Electronics Engineering Department at the Federal University of Technology in Owerri, Imo State. He has also awarded scholarships to over 200 students.

Cletus Ibeto is a recipient of the Three-Ruby Paul Harris Fellow from the Rotary Foundation International; an Award of Excellence by the Pilgrims Africa Health Foundation; and a Certificate of Merit from the Government of Anambra State of Nigeria. The Rotary International District 9140, Enugu conferred him the Gold Service Award.

Though not listed on the Forbes Billionaire list, there is no doubt that Cletus Ibeto is one of Nigeria’s richest. His net worth simply cannot be ascertained because his assets are mostly not listed publicly.