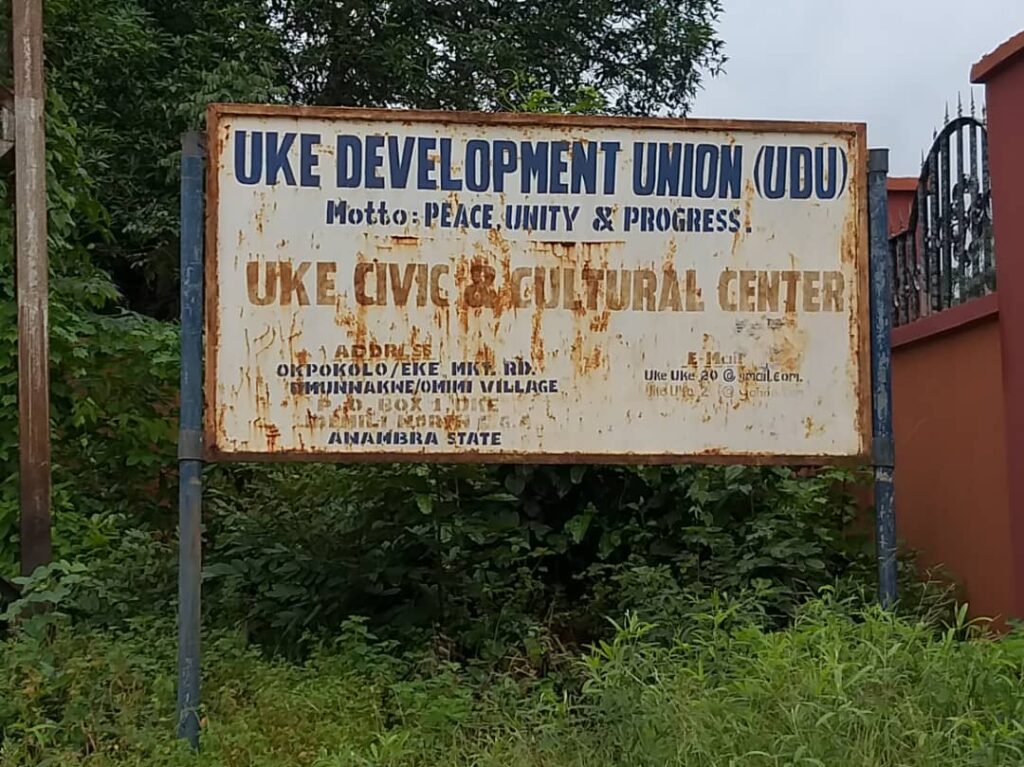 The Elders’ Forum also called on Police Service Commission (PSC), to immediately investigate the activities of the AIG zone 13 and the DCP IRT with a view to sanctioning their professional misconduct in the matter.

Speaking on behalf of Uke Elders’ Forum yesterday, the chairman, Chief Goddy Obiefuna frowned at the obvious bias of the two senior Police officers in the matter in  recovering the assets and cash of late   Hyginus  and handing them over to his last wife,  Oluchukwu.

The group lamented that the manner they went about this by intimidating, harassing amd incacerating the family members of Ekwosi with the connivance of the president-General General of Uke, Mr. Peter Onyeji,  left much to be desired as senior officers of NIgeria Police.

Unfortunately, they said, Mr. Onyeji who did not attend the burial of Udala has suddenly turned around to become the devil’s advocate, taking Udala’s wife around  in order for her to  recover and take over all the assets of Udala to the detriment of the first and legally married wife, Li Y-uan, her children and other children of the deceased.

The group said AIG Muri and DCP Disu  claimed they were investigating the matter to protect the widow of Hyginus  but turned a blind eye to the fact which they know that the deceased has a legally wedded wife who is in  China with their  two children.

“They want to claim through their investigation that they are not aware that Udala has two  other children, in all five children. What happens to these other four  children of Udala and his Chinese wife who was behind his wealth”?

“If  AIG Muri and DCP Disu recover all his assets and money and hand them over to his last wife with her only daughter what will others get”? They queried.

Uke Elders’ Forum said  Police cannot be claiming to be investigating the matter when they recovered two trailers, shops, warehouses, cash,  others and handed them over to Oluchukwu in addition to three containers she had already cleared in Lagos and her flourishing business set up for her by the deceased in Lagos.

“They cannot also be investigating when they locked the family house of the Ekwosi in the village for several days  on two occassions, detained his younger brother Ifeanyi, seized his handsets which they have refused to return till now  and hacked his email account.

They also detained his sister Etim Ginika Ekwosi, In all, Police has displayed obvious partiality. They have been one sided in this matter. They have not shown fairness and capacity to do justice to all  in this  matter and therefore should hands off with immediate effect” said the Elders’ group.

The chairman of the forum lauded the IG for his wisdom and fair-mindedness in handing the matter to DCP Disu who instead of carrying out his job descretly clearly said he was following AIG, zone 13’s instruction by being obviously partisan in the case.

Also speaking the secretary of the forum,  Ideh Innocent Echezona, said if the officers were sincere and neutral,  they would not have handed over those assets and cash they recovered to  the last wife but keep it in a safe custody  for Hyginus’ children until the matter is resolved.

He called onIG to recover all those cash and assets handed over to the last wife and keep them until when this matter is amicably resolved.

The secretary also called on IG to ensure that both officers withdraw from the matter since they have shown obvious bias and gone beyond their bounds, including locking the family house without a statutory order of the court.

He said the case as it is now is beyond the Police, the community and any other body, saying that it is only the Court that can handle and resolve this matter.

Noting that Udala died in the state, the group said,  nobody has the right to administer his estate except the Chief Judge of the State who will issue a a letter of administration after due process must have been completed.

“It is only the Court of competent jurisdiction, not police in whatever disguise can resolve this matter by determining how the assets and cash of Udala would be shared,” they said.

They said there are  some Court cases involving this  matter in High Court of Ogidi and Aguleri which should be allowed to go its  full course instead of this resort to brute force by the duo of AIG and DCP Disu.