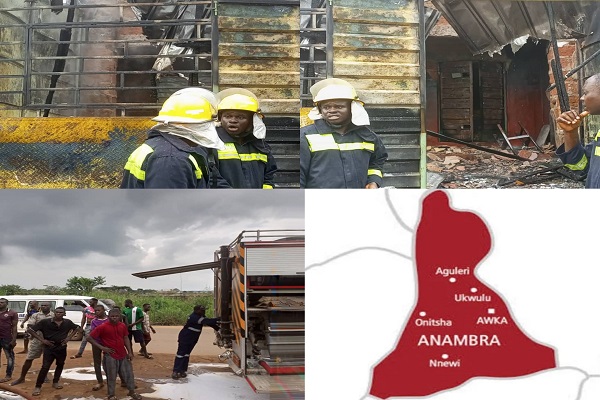 A students’ hostel, a night club facility and a storey residential building were reportedly razed at different times in the area.

ANAMBRA PEOPLE gathered that although no life was lost in the three incidents, goods worth millions were destroyed during the fire outbreaks.

While the cause of fire at the hostel and the club was attributed to power surge that of the storey building was due to poor management of cooking gas that resulted to gas cylinder explosion.

“Immediately, we deployed our fire truck and Firefighters to the fire scene and fought, controlled and extinguished the fire. A lot was saved during the firefighting operations.