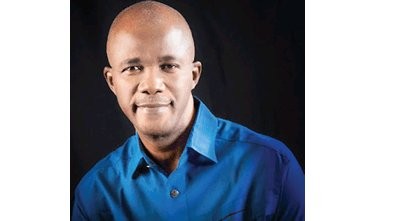 The All Progressives Grand Alliance (APGA) appears to be in a tight corner over how to sell their presidential and other candidates. In this interview with OKEY MADUFORO, the Special Adviser to the Anambra State governor on Political Matters, Dr. Alex Obiogbolu talks on this and other issues

Governor Charles Soludo has clocked 100 days in office and people have been analyzing his performance so far. What is your take on this?

Like the governor said on that day, he is not that particular about the celebration of 100 days in office. This is about three months and 10 days and it is too early in the day to begin to judge if he has done well or not.

His Excellency came into the saddle in March this year and he is pulling all stops to give his administration a direction and in the meantime that is what he is doing. However, anyone is free to look at what he is doing but in the real sense we are putting in place a point of departure for the government and the state in general.

You know that when you introduce a new thing aimed at changing the old order people may not like it because there are people who are feeding from it. When he took the change to the revenue sector and changed the template, it didn’t go down well with those people and they are not happy.

But we, as a government, are interested in ensuring that revenue of the state are channeled for the good of all and not for the good of few people. We had cases of illegal revenue agents in the state with multiple taxations all over Anambra State and we have been blocking those wastes but those involved are not happy but we shall continue to do the needful for our people.

Similarly, you know that the governor inherited security challenges which he is battling and there is nothing you can do when you have issues of insecurity before you and it goes to the extent of affecting socio economic activities in any given society.

So far the state government is doing its best to handle the situation and we also thank the respective leaders in the communities for their assistance through intelligence gathering as well as the Joint Task Force on security for what they are doing.

We have also cut down the cost of governance and diverted those funds to other important things that would benefit the state in general. So you can agree with me that the Soludo administration has hit the ground running and as we progress the people of Anambra State would surely see and witness more.

There has been this controversy over the conduct of the party primary elections and there have been allegations of lack of internal democracy?

I am hearing this for the first time and I wonder where this is coming from. All the primary elections were conducted in a free fair and transparent manner and the party nominated it’s candidates.

You see in party politics there would always be issues like that even when it is transparent. The list of delegates was known by all the aspirants and they had ample time to campaign to the party delegates and security was provided for the excise and the primary elections were conducted.

So this is a case of bad losers and nobody should be held responsible for that. His Excellency Charles Soludo hands off the issue of primary elections and had no anointed or preferred candidates.

There were pressures on him to choose which of the aspirants that he prefers but he made it clear that he had no aspirant or aspirants of his choice and that be why some people appear to be complaining as you said.

The party has a constitution and contained in that constitution are laid down guidelines for the conduct of the primary elections and they were followed to the letter but as usual people are bound to complain.

There are some other political parties that ended in litigations and those litigations are still pending in court while here in APGA we have moved on and set for the main campaign.

Your party has a presidential candidate for the general election and we also have this Peter Obi movement, are you worried?

APGA has a presidential candidate just like other political parties and every party would be campaigning for its candidate as well as the party of Mr. Peter Obi. That is democracy for you in practice and in line with our constitution we play politics within the arm beat of the law. So we are not worried and we are not losing sleep.

Don’t forget that we also have candidates for the state and National Assembly that are contesting elections and we are campaigning for them.

This is a welcome development for us in this geopolitical zone and you don’t expect us as Igbo people to put our eggs in one basket.

Also this style of politics which some of our people are playing should be discouraged. First of all we are Igbo people and we are brothers and sisters before politics came into the picture.

As we go into the general elections we should also have at the back of our minds that after the election we shall return home to our villages and communities as one family and the harm you caused against your brother because of politics would surely live after you. So we call for caution while the politicking lasts

There is nothing to worry about because APGA is on ground and Governor Soludo’s administration so far has taken governance to the grassroots and he has been able to sustain the confidence of the people on governance.

We are mindful of your fears but with the style of democracy and politics that are in place in the country now people don’t consider the party but the quality and capacity of the candidates that are on the ballot.

You saw what happened in the last Osun State governorship election and with the All Progressives Congress (APC) in power the Peoples Democratic Party (PDP) carried the day and Anambra will not be an exception in the coming elections.

The issue of non-conduct of local government elections in Anambra State has been on and Soludo recently set up Transition Committees. Are there hopes for the conduct of the election?

The local government is the third tier of government and that is the government that brings governance to the grassroots. We have just concluded the gubernatorial election in November last year and it is not wise and doesn’t make common sense to go into the conduct of local government elections.

We know that it is long overdue but you don’t just go into that project just like that without perfecting the legal framework in that regard. When they were inaugurated you had the governor saying that the council areas would enjoy some form of independence in order to give them that space to operate as the third tier of government.