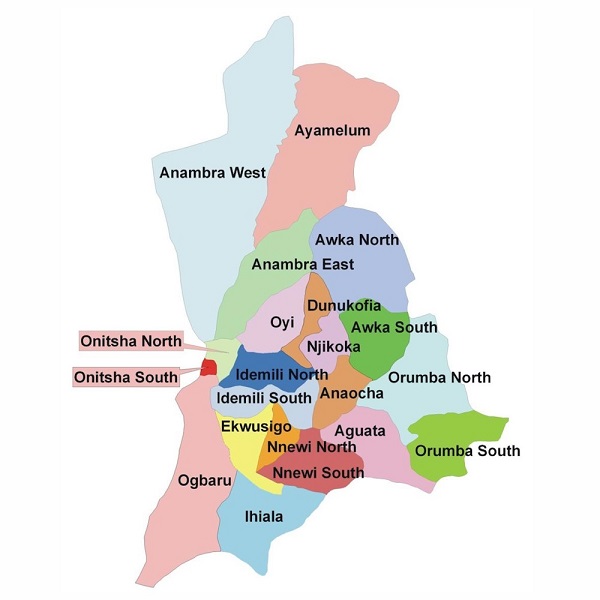 Anambra state is synonymous with progress. It is a state blessed with great men and women who are making great impact wherever they are. This is evident in the high level of development going on in various cities of the state. It is one of the states with multiple cities; almost every town now is turning into a city. Some of the emerging cities in the state are;

OGIDI: is a popular town in Anambra state which is receiving its fair share of development because of the presence of markets like International Building Materials Market, Baking Materials Market and Cosmetics Market. These markets and the presence of some industries attract thousands of people from within and outside the state on daily basis to the town thereby making it one of the commercial hubs of Anambra state. Ogidi also boasts of government institutions like the Ogidi High Court and the Local Government Headquarters of Idemili North. These, as well as its proximity to Onitsha have made the town attractive to developers and settlers.

NKWELLE-EZUNAKA: is one of the five towns in Oyi Local Government Area of Anambra State. Nkwelle boasts of over 200 estates like the Nkwelle Luxury Place Estate, to mention a few. It equally hosts the Federal Girls College. Its proximity to Onitsha has made the town a booming one as businessmen commute from Nkwelle to Onitsha main market for their businesses daily. Due to the teeming population of Onitsha, Nkwelle has become an alternative for people looking for affordable residential area and development is rapidly crawling into the town.

EKWULOBIA: is arguably the largest city in Aguata Local Government Area and the headquarter of the local government. The town has central park, a large daily market, various primary, secondary, and tertiary educational institutions, hotels and resorts, a prison, a soccer stadium, and the Ekwulobia General Hospital. Presently, Ekwulobia has the most expensive real estate around Aguata and Orumba local government area. Most students of Federal Polytechnic, Oko reside in Ekwulobia where they get to enjoy the buzzing life of the city as it is home to various hotels and recreation centers. Financial institutions have also capitalized on the potentials the city holds as some of the commercial banks in Nigeria have their branches in the city and people from neighboring communities troop in to carry out their financial transactions. The city is now the headquarters of church dioceses as both Anglican and Catholic churches have established their diocese in the city.

OBA: was formerly the headquarters of the Idemili South Local Government Area in Anambra State and lies approximately 7 kilometers south of Onitsha along the old Owerri-Onitsha. It has notable places like the Rojenny Games Village, Tansian University, hotels and banks. The town is strategically located, being sandwiched between the commercial city of Onitsha and the industrial city of Nnewi, both cities being less than five-minute’ drive from Oba. Recently, the Anambra State Government laid the foundation for the construction of an international drug market in the city.