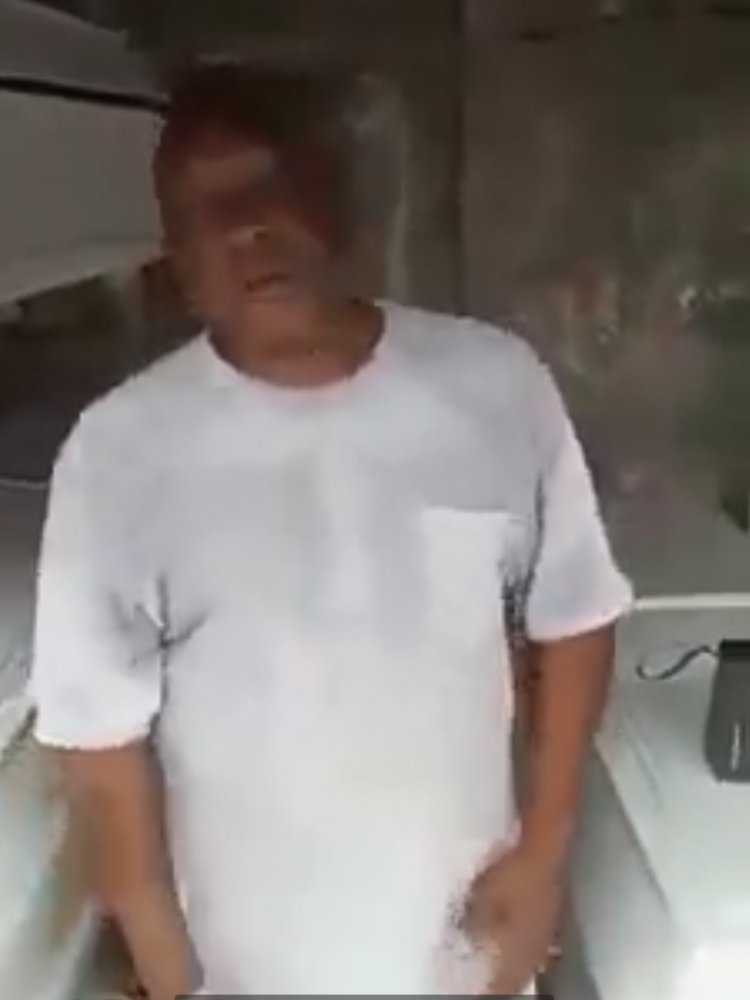 An Oyo-state based Anambra millionaire, Chief Joel Ubah, has cried out for help from Nigerians and relevant authorities, as his house, worth about N700m was allegedly sold at N10m by scammers, ANAMBRA PEOPLE reports.

Chief Ubah, who hails from Nnewi, Anambra State but resident in Oyo State, made the appeal when he was spotted sleeping in a coffin made for sale, a video of which is currently trending online.

When asked why he sleeps inside coffin, Chief Ubah alleged that he was scammed by the Oyo State Judiciary, as they fraudulently sold his house with fifteen documents — a scam, he said, was principally masterminded by a lady who claimed to be the girl friend of the Chief Judge of Oyo State.

He said his plight now is not only that his house was sold, but that his life is also being threatened by some of the people involved in the scam, as he had so far received no fewer than 47 death threats, which he said was the reason he had been sleeping from one coffin to another, for some days now.

“I have been trying to go after these criminals, but they have been threatening my life. Yesterday, I received the 47th death threat. So since, I have been sleeping inside from one coffin to another coffin, since,” he said.

Chief Ubah said that he had also contacted the Oyo State Commissioner of Police, who told him that he was not aware of the scam; and further said he wrote to the Economic and Financial Crimes Commission (EFCC) where his petition was hijacked; and wrote to the Independent Corrupt Practices and Other Related Offences Commission (ICPC) where the ICPC Commissioner, Stephen Pimor, told him to come in as a whistle blower.