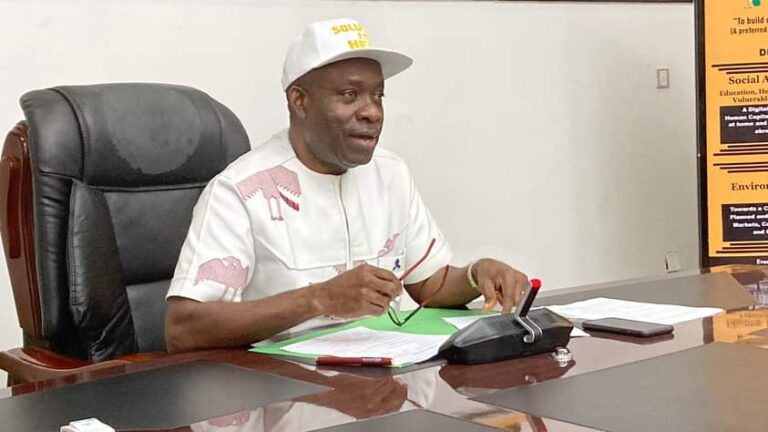 The roads measured 14.053 kilometers with dual carriage, reinforced concrete media and sidewalks on both sides.

Anambra State Commissioner for Information, Sir Paul Nwosu who disclosed this in post ANSEC Media release in Awka, the state capital, revealed that the roads would cost N9 billion and would be completed in 12 months.

According to Nwosu, “ANSEC also approved the full scale desilting and dredging of 62,034 cubic metres of Nwangene drainage which has been a source of nightmare to road users. The project which will cost N241,439,316.29, is going to completed in 3 months.

“The rehabilitation of the failed carriage way and embankment at Mmili John section of Oba-Ojoto road and the dredging of Mmili John was equally approved by ANSEC. The work will cost N61,494,541.88 and is expected to be completed in 6 weeks.”

He further briefed that the memo on the abandoned government house and 25 other peripheral structures was presented by the Commissioner for Housing and considered by ANSEC.

He noted that the project which would cost N6.088 billion and completed within 18 months was approved by ANSEC.

“Also endorsed for construction are gate houses, police posts, perimeter fence measuring 2.22 linear kilometers and other internal works such as drive ways, parking areas, walk ways, drainages, water supplies, green area, etc. All of these will be completed at the cost of N1.317 billion and delivered in nine months”, he said.

The Commissioner pointed out that ANSEC frowned at the frequent cases of youth incursions into the lands of people who had appropriate government titles adding that this was illegal and can no longer be tolerated.

He said, “ANSEC has therefore directed relevant law enforcement agencies to immediately arrest such errant youths and prosecute them according to the law. Section 6, sub section (1) of the Prohibition of Fraudulent Practices on Land and Property law of 2012 prohibits illegal collection of fees on lands as follows: ‘Any person who demands or collects any fee not approved by law from any person who is developing or improving on an already existed property in the State shall be guilty of an offence and liable to imprisonment for five years or to a fine of five hundred thousand naira or both.”

Sir Nwosu also observed that the effort to rid the roads and streets’ corners of refuse was beginning to yield some obvious results saying, “Government, therefore, urges households and the general public to desist from indiscriminate refuse disposal.”

He continued, “It came to the attention of ANSEC that some unscrupulous elements are selling parts of Mamu Forest Reserve. Government is poised to arrest and prosecute all those that are culpable in these unlawful land transactions. For the avoidance of doubt, Mamu Forest Reserve is not for sale and any property developer or member of the public who allows him/herself to be lured into purchasing parcel(s) of land there will have him/herself to blame.

“To further improve the quality of health care delivery in the State, government through the Ministry of Health placed a vacancy advert two months ago for medical consultants and officers, pharmacists, nurses, radiographers, medical laboratory scientists and technicians. ANSEC directed the Commissioner for Health to interview the 4,400 applicants who applied for the jobs so that they would be immediately employed and deployed to our health care facilities.”