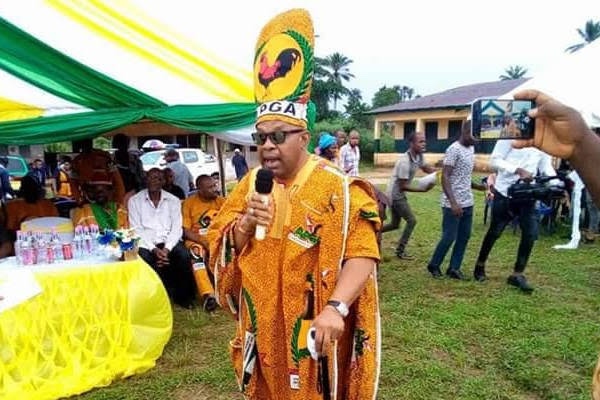 Chief Ben Obi, Igwe APGA has made a startling revelation of what Ojukwu told him in a dream about Chief Victor Umeh, ANAMBRA PEOPLE reports

The eternal leader of APGA and freedom fighter, has continued to ask me the whereabout of Victor Umeh since he jumped the APGA ship and couldn’t keep to his promise of standing firm with APGA.

Victor Umeh led us to the Enugu home of Dim Chukwuemeka Odumegwu Ojukwu to salute him, Umeh swore by his life not to abandon APGA, and to remain in the party to lead the people Ojukwu bequeathed on him. He made this vow before us in front of Ojukwu tomb, but he couldn’t keep to the words and promise he made to the spirit of the Igbo leader.

Our leader Dim Ojukwu in a revelation I had, turned around to look for Victor Umeh who vowed to stand firm behind him to lead APGA and ndi Igbo, but could only find me Igwe APGA as the last man standing, he then asked me where is Victor Umeh?

The spirit of Dim Ojukwu is not happy with Umeh. Such a person can no longer claim to represent ndi Igbo or Anambra central. High Chief Ben Obi Mbuze Agulu, Igwe APGA said.