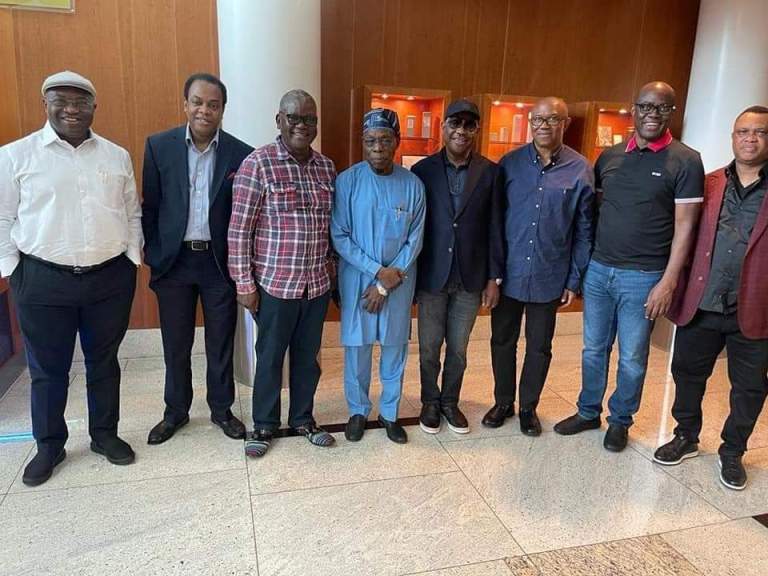 Wike a few days ago, held talks with the All Progressives Congress (APC) presidential candidate, Bola Ahmed Tinubu in London.

The Rivers State Governor is also expected to have a sit-down with Atiku Abubakar, the Presidential candidate of the People’s Democratic Party (PDP) with whom he has been having some verbal altercation.

According to reports, former President Obasanjo, Peter Obi, and Wike as well as three other governors of the People’s Democratic Party (PDP), were part of the meeting.

The PDP governors who are meeting Obasanjo and Obi include Samuel Ortom (Benue); Seyi Makinde (Oyo) and Okezie Ikpeazu (Abia). They were the same set of governors that met Tinubu and Wike in London.

There have not been any details of the meeting so far, but analysts believe it may not be unconnected with the standoff Wike and Atiku are currently having. The meeting appears to be an attempt to weigh his options on which direction he and his supporters should go.

The three PDP Governors and Duke belong to the Wike’s camp, which has demanded the removal of the PDP National Chairman, Senator Iyorchia Ayu among others as a condition to back Atiku in 2023. The PDP BoT chairman, Walid Jibrin, has given his blessing to that demand.