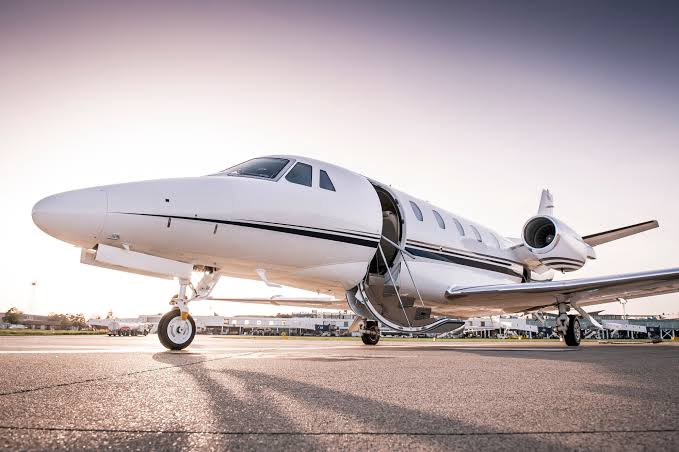 Possessing a private jet is one of the most comfortable means of travelling from one location to another. Unlike public travel, with a private jet, you can determine your schedules and enjoy all the luxury you want during your trip. According to Ernest Azudialu Obiejesi, private jet aids in the kind of business he does and it is becoming more difficult for him to embark on a long distance journey without his private jet or chopper. This article lists the top private jet owners from Anambra today.

ARTHUR EZE: A Bombardier Challenger belongs to Arthur Eze to aid his investment exploits in Nigeria and across Africa. On August 30, 2020, his private jet was the first to land on the rehabilitated Akanu Ibiam International Airport runway. The founder and CEO of Atlas Oranto Petroleum, who is considered to be one of the wealthiest men in Nigeria, added a Gulfstream G450 which allegedly cost him $45 million(about N27 billion) recently.

ANDY UBA: is a Nigerian politician from Uga in Aguata local government area. He owns a private jet with registration number, 5N-ALG which was among the few private jets that landed at the recently commissioned Anambra airport.

IFEANYI UBAH: is a politician and a current senator representing Anambra South in the red chambers. He is equally the Chairman of Capital Oil and is said to own Embraer Legacy 600 private jet.

EMEKA OFFOR: is one of the richest men from the Eastern part of Nigeria and has an estimated net worth of $2.9 billion. He is the Chairman of Kaztec, one of the top rated oil servicing companies in Nigeria. He owns a private jet with which he moves around the world for numerous businesses.

CHRIS UBA: is an Anambra politician and a PDP BoT member who became very powerful by becoming a political godfather to so many Nigerian politicians. He acquired his private jet recently to match his billionaire status and political importance in the country.

ALLEN ONYEMA: The founder of Air Peace Chief Allen Ifechukwu Onyema has the highest number of planes in Nigeria. In his fleet are four Airbus A320-200, 13 Boeing 737, eight Embraer ERJ-145 among other 34 planes under his control. Although Onyema uses the planes for commercial purposes, as the owner of the airline, he cruises whichever one he likes anytime around the world.

AMBROSE BYRANT CHUKWUEMEKA ORJIAKO: The former Chairman of SEPLAT Oil is another man on the list. The former medical doctor’s entry into oil was phenomenal. Today, the leading Nigerian independent oil and gas company is listed on the London and Nigerian Exchange

BONIFACE MADUBUNYI: is the Chairman and CEO of Mabon Limited. He is the only Igbo man who has oil bloc in both US and UK. He is among the early billionaires from Anambra who acquired private jets when it was uncommon to own one.

CLETUS IBETO: Apart from having several bulletproof exotic cars in his garage, the spare parts billionaire and the chairman of Ibeto Group, Cletus Ibeto’s wealth isn’t limited on the road; he extended his dominance to the airspace with a private jet. The Anambra billionaire makes no noise about his wealth, even at that, he’s among the top five richest Igbo on earth.

CHRIS OKAFOR: is the General Overseer of the Mountain of Miracles and Liberation Ministries. It was previously a rumor but it has been confirmed that the cleric owns a private jet which he uses in ministry.