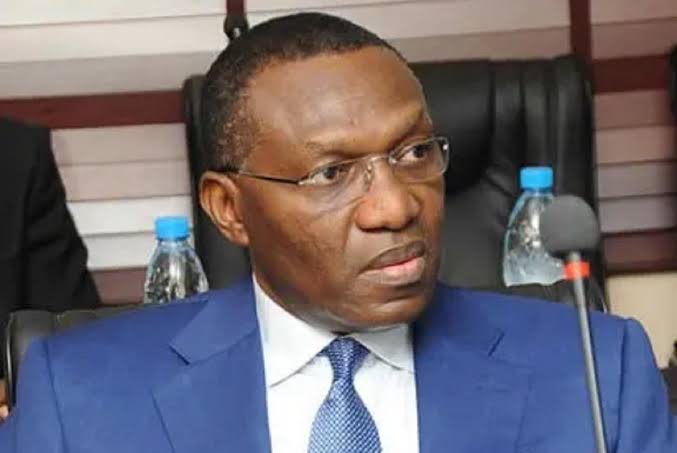 Former Anambra State governorship candidate, Sen Andy Uba, has come out to protest the recent ruling of a Federal High Court, Abuja, which ordered the seizure of vehicles belonging to him as part of the execution of judgement debt to a tune of N50, million Uba is said to be owing oil magnate, Prince Arthur Eze, ANAMBRA PEOPLE reports.

In a written statement the embattled politician insists that the said money was a donation made to him by Arthur Eze during a political campaign in 2015.

Explaining further, Sen Uba said that the money was given to him freely as a donation and an attestation to that was captured in the video where Uba and Eze were seen in the footage standing before a congregation that appears to be a church.

In the conversation rendered in Igbo, Sen Uba was heard expressing gratitude for the sum of N50 million given to him for the campaign while also acknowledging vehicles also donated.

In the footage, Arthur Eze was seen nodding affirmation and beaming appreciatively.
Uba said that he felt quite defamed when he saw reports on news platforms which were defamatory in their rendering of the said court judgement.

“My attention has been drawn to the defamatory, maligning and character injurious publications in the print and electronic medium, as well as social media platforms on malicious falsehood and allegations arising from the execution of the judgement of the High Court of Anambra State in suit No: AG/94/2016, through the bailiffs of the High Court of the Federal Capital Territory Abuja on 23/8/2022,” he said.
Explaining his side on the matter, the former senator said:

” I never borrowed N50,000,000 (fifty million naira only) from prince Arthur Eze, both of us only attended a church service at St. James Anglican Church Uga, Aguata L.G.A, Anambra State during my senatorial campaign in the build-up to 2015 general elections.

“In the course of the said church service, Prince Arthur Eze donated N50,000,000 (fifty million naira only) to support my senatorial political campaign on the altar and the entire congregant was engulfed with joy and happiness which made the officiating priest extend a warm handshake of gratitude and appreciation for his kind gesture and I equally sent a letter of appreciation dated 22/2/2015 to Prince Arthur Eze.

“I was dumbfounded, surprised and flabbergasted having learnt that my bosom friend and brother, had through his company Oranto Petroleum Limited through which the said cheque of N50,000,000 (fifty million nairas only) was drawn had filed an action one year after at the High Court of Anambra State, Aguata division sitting at Ekwulobia in suit No: AG/94/2016, through what they called (undefended list) Procedure or liquidated money demand or summary judgment procedure.

“The pertinent question on the lips of many people would be, do people go to the rooftops to praise or thank others for granting them loan facilities?

“How many people have you seen that secured a loan facility from a bank or an individual and went to church praising the creditor for granting them such a loan facility which would only be repaid?

“I quickly engaged my lawyers who filed my defence on merit denying the allegations that the said money was a loan but a free will donation, unfortunately despite our obvious defence and issues having been joined, the trial court refused and failed to afford us fair hearing by having the matter heard on full-blown trial where witnesses will be called and evidence led, but proceeded to hear the matter on (undefended list) procedure or summary judgment procedure, that is, hearing the case on only the allegations and documents filed by the plaintiff (Oranto Petroleum Limited) without contradiction, whatsoever.

“The court went ahead to grant all the reliefs and entered judgement in favour of the plaintiff on 6/3/2017,” he narrated.

Uba further narrated that he made an appeal in the Court of Appeal Enugu division culminating to Senator Andy Andy –Vs- Oranto Petroleum Limited, Appeal No: CA/E/197/2017, challenging the said decision of the High Court of Anambra State among other things, on the ground that the said money was a free will donation and not a loan.

“I also challenged that hearing the matter on the undefended list without my input amount to a breach of my fundamental right to fair hearing guaranteed under section 36 of the 1999 constitution ofNigeria (as amended), which occasioned a miscarriage of justice.

” However, there was an intervention by some Anambra stakeholders and I was approached by Prince Austin Ndigwe (Uzu-Awka) who is a mutual friend of myself and Prince Arthur Eze for an amicable settlement of the matter out of court.

“I was thereupon, after a meeting between myself and Prince Arthur Eze at his Enugu residence which was championed by Prince Austin Ndigwe (Uzu-Awka), instigated by way of advice to withdraw the appeal on the ground that Prince Arthur Eze had then become satisfied that the money was a donation for my senatorial political campaign and not a loan as he was meant to believe earlier.

“I was deeply astonished and shocked beyond bone marrow when I learnt that my brother and mutual friend, Prince Arthur Eze despite his undertakings at the meeting had reneged his promises on the gentlemanly and brotherly agreement we had and surprisingly surfaced in the High Court of the Federal Capital Territory Abuja, registered and immediately executed the said judgement of the High Court of Anambra State, Aguata division sitting at Ekwulobia” ; Uba said.