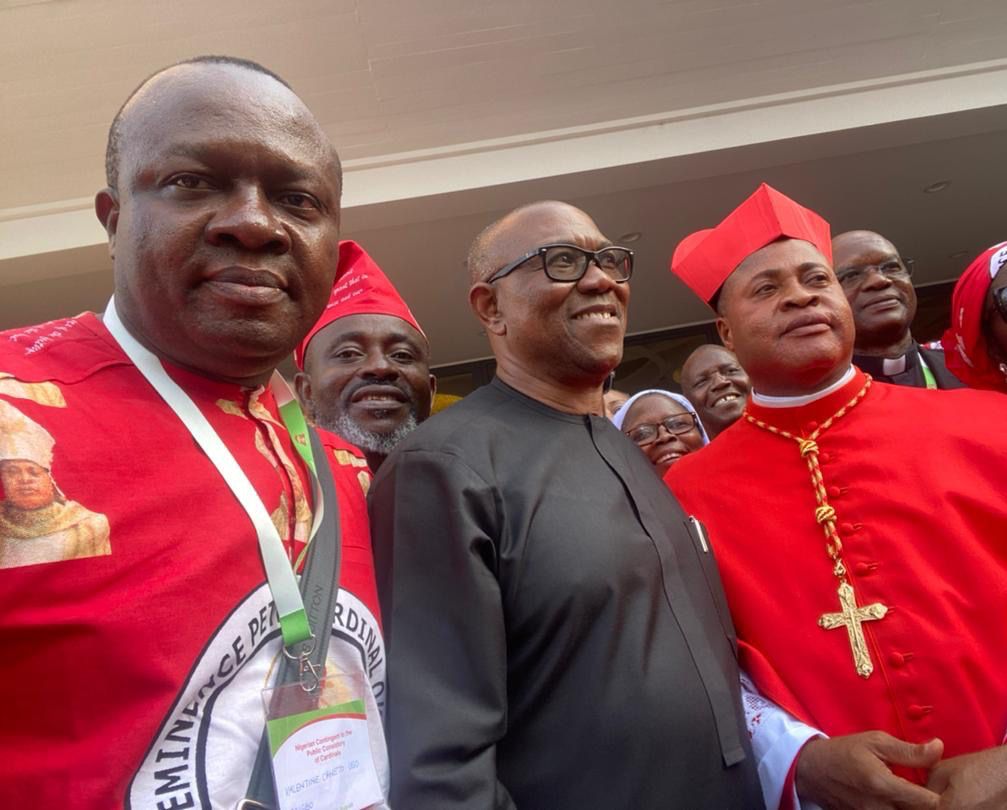 Valentine Ozigbo, a Nigerian business mogul, has issued a statement from the Vatican in Rome, congratulating His Eminence, Peter Ebere Cardinal Okpaleke, who His Holiness Pope Francis created at the consistory held on Saturday, August 27, 2022, at the iconic St. Peter’s Basilica.

Cardinal Okpaleke, the Bishop of Ekwulobia Diocese and an indigene of Amesi in Anambra State, is one of nineteen newly created cardinals and one of two from Africa. He is a close friend and former teacher to Mr Ozigbo, the immediate past President and Group CEO of Transcorp Plc and a 2021 Anambra governorship candidate.

“What a joyful experience to witness the creation of Peter Ebere Cardinal Okpaleke by His Holiness, Pope Francis today at the St. Peter’s Basilica.

“I celebrate with Catholic faithful worldwide on this special occasion and congratulate my elder brother, His Eminence, Cardinal Okpaleke, the Bishop of Ekwulobia Diocese, on this elevation of service.

“His Eminence is an embodiment of grace, humility, and wisdom, and this elevation to a Prince of the Universal Church comes precisely 30 years of his priestly ordination.

“I honour what His Eminence represents, particularly for us in Amesi and Ndi Anambra. We are grateful to the Almighty for keeping him and granting us the grace to witness this solemn ceremony. May God Almighty take the glory,” Ozigbo prayed.

Ozigbo will be the chair of the grand reception to receive home the new cardinal at the Ekwulobia Diocese on September 8, 2022.

After the ceremony, His Holiness, Pope Francis led the new cardinals on a courtesy visit to Pope Emeritus Benedict XVI at the Mater Ecclesiae Monastery. As the Vatican News Agency reported, Pope Francis greeted Benedict XVI with great affection and made the cross on his forehead sign in a brief emotional meeting. Then the new cardinals introduced themselves one by one to exchange brief messages.